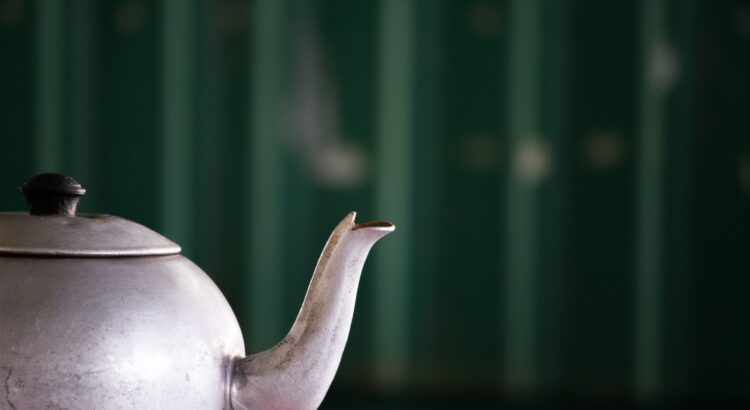 I estimate I must have been snoring at 1.55am. I was awake at 2.00am. I’m now sat downstairs in the kitchen looking hopefully at a small mug of camomile tea in the hope that the contents combined with the process of writing will clear my head and ready myself (for the second time tonight) for much-needed sleep.

My mind is buzzing with thoughts, words and pictures, buffeting around like the rough-cut of a second-rate TV drama. They are relentless. This combined with the human brain’s incessant need for certainty means unless action of some kind is taken, I am doomed to lay next to my snoring partner until the sun comes up.

Outside the wind is all pompous and blustery. Leafless branches sway and bounce. Gusts pass through the cat-flap. The kitchen clock regimentally does its thing.

This feeling I have right now is unbearable. It’s familiar too.

First, the intense disappointment of being even wake at this hour feels like a dead weight. Next, the thought that the world we are experiencing right now looks set to continue for what feels like a lifetime. There’s a bland kind of horror associated with this feeling – a sort of middle-class banal-looking doom. A GP’s waiting room kind of inevitability to it, complete with well-fingered magazines and page-turners that go unread.

Our understanding of the world around us is shaped by that which we see on the television. Additionally, our perception is also shaped by the now commonplace video communication. The idiosyncratic behaviours of our immediate network are displayed in a series of thumbnail shots brought into our daily lives through video communication.

The outside world is forced down an imaginary pipe into our homes. Nobody invited that world in – it just arrived with an insistent look on its face as though it was look for a spare hot-desk and somewhere to plug in its laptop. It never told us how long it would be sticking around either. And its still here, strewing good stuff and bad stuff around.

The immediacy of video communication and its on-demand nature makes its a highly intrusive medium. And as it comes and goes it leaves unhelpful deposits on our mental cognition that would normally be washed away by the everyday distractions of a commute home. Now, the lack of distractions embed them. They’re not far below the surface. It only takes a partner to ask you to roll over on your back because you’re snoring for the eyes to suddenly open, the thought patterns to start up and the deposits from yesterday to pop up once more.

Amid all of the noise, and the faces of the people I feel I know but don’t all seemingly partying in my head with so much as a mask or any concept of the two metre rule between them, I look on an a frustrating incongruity in the world right now.

We are people who need contact with other human beings in order to function. Even if we don’t speak to them, we need to sense their contact in the same physical space as ours. We can see loved ones in a two dimensional form whenever we like, in the same way we can pull up mostly anything from an archive of on-demand TV whenever the need arises. But it is the physical presence of others that is missing.

This seems odd on the face of it. I live with someone I couldn’t be without. My rock. But it is others I also need to be able to be sense (if not actually touch) in order to reassure me that the world is OK, that reality is around the corner, and importantly that the world will be returning to a kind of normality sometime soon.

But, as my friend Becky has pointed out to me, the odd thing about the fact that we can if we so wish step out into our roads and see others. Yet this lockdown and the winter months builds a perception of distance. On the one hand we recall we’ve ‘done this’ a year ago, On the other hand, its difficult determine when we ever had a let up in the lockdown restrictions. This is worse in the small hours of the morning when the wind gusts through the cat flap. In these lonely fearful moments, unwelcome thoughts and feelings give oxygen to the unhelpful deposits electronic communication left behind.

There is a darkness to this experience. It’s lonely, for one thing. The early hours of the morning are the best time for panic to set in I find. Panic is such a loud insistent thing. Not unruly in its use of language. It doesn’t holler. It is instead pressing. Urgent. Strong. Wilful. It is liable to leave an impression if the pressure isn’t released.

Awareness is the double-edged sword here: a great skill to possess (and one to develop too), but it’s only as good as your ability to channel it in such a way you can observe and describe what’s going on in your head, and calm the party down a bit. Such a process demands the individual takes his or her own responsibility for identifying what’s going on and what needs to be done. With greater awareness comes a greater need to deploy ‘corrective’ behaviour.

I don’t remember anybody telling me this stuff (aside from the basic principles around self-awareness in coaching conversations for example). There seems to be no manual to help us get acquainted with the mind and manage in the way that sustains us as self-determined individuals. There is still shame, I think, in even talking about it (which is perhaps why I feel the need to write about it even more).

We are instead introduced to the joys of various activities designed to distract the mind (wellbeing and ‘wellness’) in the belief that distraction subdues and extinguishes. It doesn’t. I know this as a middle-aged homosexual when I recall the period of time I was in denial about my identity. Distraction doesn’t change things, it only delays change. Delay increases the pressure on the mind. It is only by observing a situation and confronting it that we’re able to move on from it taking ourselves to a place where we need to be.