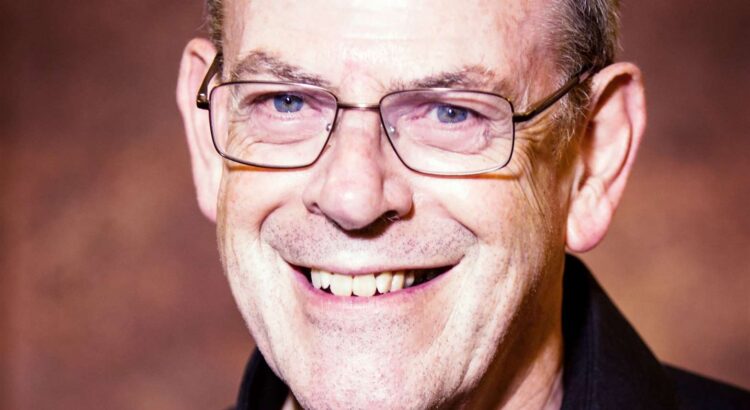 I learned over the weekend that a relative in my musical family had passed away. Cancer had taken hold; COVID had made remission unlikely.

A family mourns. The need to reflect and pay tribute must be met.

Don’t worry. It won’t be mawkish.

James – tall, bedecked in a strange wirey beard – navigated the creaks of the music department floorboards with the same light touch he adopted at the keyboard. That was partly why he was so good at sight-reading. So very able to turn his hand to seemingly anything put on the piano in front of him. So seemingly at ease improvising at his students endless demands.

He adopted the same verve conducting a choir, galvanising an army of otherwise reluctant pupils to participate in the annual carol service. He never made the occasion about him; he allowed us the opportunity to make it ours instead.

It wasn’t an easy sell. I understand that now. Music was never the valued education stream the school I attended should have seen it. They were too focussed on sport. That I didn’t appreciate that tension at the time illustrates the way in which James’ energies were focussed on making the best of an otherwise challenging situation. Those with the talent he made full use of – teachers and pupils.

I benefited from both. When you hear someone better than you, or observe someone working harder than you, you can’t help but try and emulate them (even if you know full well you’ll never be as good as them).

One day during a clarinet lesson with my teacher Mrs Filby, I signalled my hope to play in the school production of South Pacific. “I’m not sure you’ll be able to play the part,” replied my teacher. “Maybe we should ask Mr Recknell.”

So we asked Mr Recknell. And he agreed with Mrs Filby. This wasn’t the response I had been hoping for. Not at all. Nor was my response. “I think I’d like to try. Couldn’t I try?”

A few weeks later, I played second clarinet to Mrs Filby’s first in the band for Culford School’s production of South Pacific.

From that point on I’ve revelled in the way I respond to people saying ‘No’. The people James Recknell brought to Culford School showed me what was worth working towards. And he was the first person to try and say no to me. That kind of lifelong education is invaluable.

Fifteen or so years after I left Culford School I emailed James Recknell asking him whether he’d be up for making a film that explored the things that kids responded to when they heard classical music for the first time they heard it. To my surprise and delight he said yes. He was game. Open. Willing. I appreciated that. He lined me up with a member of his team who sat to one side whilst I performed “experiments” on his class. It was only during the filming I realised that the room we were in was in fact the room I had that fateful clarinet lesson in nearly twenty years before.

After the filming we talked about the quality of the streams on the then named ‘Listen Again’. I extended my heartfelt apologies, adding that I agreed wholeheartedly with what he was saying but had absolutely no control over the quality of the output. He was, just as he was twenty or so years before, utterly charming about it.

I owe James a lot. He created a space for me to realise my own musicality such as it is. He brought me into contact with people who spurred me on. He prepared fertile ground for a lifelong love of classical music and appreciation of music-making. Only last year he was playing concerts in West Suffolk. My only regret is that I didn’t line up my schedule quickly enough pre-COVID to offer my thanks in person.