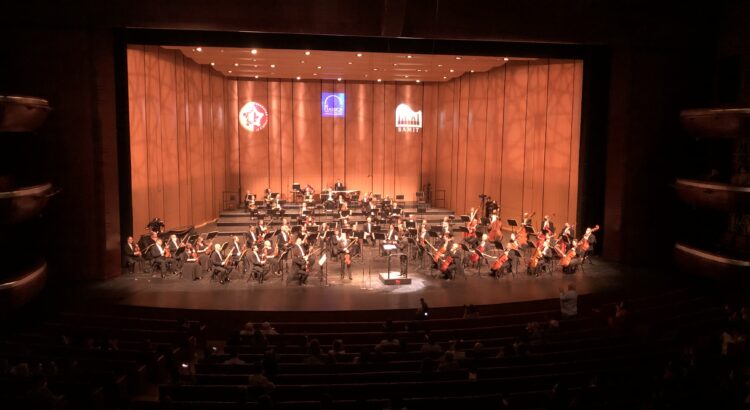 Shaham’s sweet tone rang out over lush strings throughout the first movement, sometimes battling with the woodwind and brass during the third. Some of the declamatory statements lacked the brilliance found in Shaham’s recording with Abbado and the Berlin Philharmonic (2002) inevitably.

His stage presence might give the impression that he’s not in control. Not so. Where he triumphed was bringing the orchestra with him in some of the more complex gear shifts in the second and third movements.

But more than any of this was the spirit Shaham exuded on stage. Generosity came in spades – bowing with a heartfelt smile in response to the audience applause in between movements, and gesturing applause to the orchestra behind him. A refreshingly unpretentious performer whose ability to switch from one mode of communication to another is something to behold.

By far the best performance of my time out here in Dubai. Really enjoyed it.