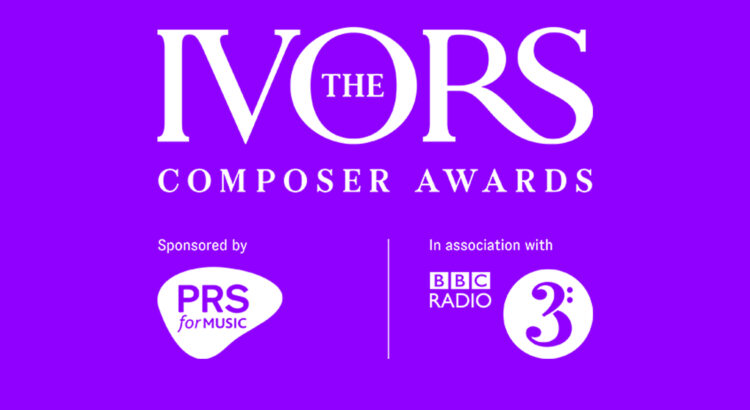 The Ivors Academy have revealed the nominees for classical, jazz and sound art for The Ivors Composer Awards 2021. The winners will be revealed in a live ceremony on 8 December at the British Museum.

In a change with previous years and to reflect the impact the pandemic has had on the music world, The Ivors Academy has included new works on a commercial recording – as long as the recording was the first time the work had been heard by the public – in addition to concerts that were live-streamed anywhere in the world, as long as the concert could be viewed by the UK public.

This year’s nominations include composers such as Tansy Davies, Cheryl Frances-Hoad, Howard Goodall and James MacMillan. 40% of the composers in the running for an Ivor Novello Award this year are first-time nominees, including Nwando Ebizie, Nikki Iles, Dave Manington, Anna Thorvaldsdottir and Alex Paxton, who has three works nominated.

The Ivors Composer Awards are supported by PRS for Music.

BYE by ALEX PAXTON
for small jazz ensemble and improviser

CORNCRACK DREAMS by ALEX PAXTON
for trombone, keyboard and drums

DREAMS by BRIGITTE BERAHA and DAVE MANINGTON
for jazz sextet

THE CAGED BIRD by NIKKI ILES
for jazz band

CATAMORPHOSIS by ANNA THORVALDSDOTTIR
for orchestra

KAAMOS by LARA POE
for orchestra

PHARMAKEIA by JAMES DILLON
for 16 players

THIS DEPARTING LANDSCAPE by MARTIN SUCKLING
for orchestra

A FIELD GUIDE TO PEBBLES by LYNNE PLOWMAN
for percussion duo

SOMETIMES VOICES by ALEX PAXTON
for keyboard and drums

STILL LIFE by STEPHEN GOSS
for cello and guitar

SOLO COMPOSITION
‘ECHO THE ANGELUS’ by JAMES DILLON
for piano

LAMPADES by MARTIN IDDON
for tuba and fixed media

LINEAR CONSTRUCTION (NO. 5) by ALEX GROVES
for cello

NO ONE by ROBIN HAIGH
for harp

FIRE PREVENTION OR HOW TO SING A LABYRINTH OR THE REBEING AND THE BURNING OF THE LABYRINTH by NWANDO EBIZIE
for piano, voice and electronics with field recordings

THE CUCKMERE SOUNDWALK by ED HUGHES
for chamber orchestra

GYÖKÉR (ROOT) by THOMAS ADÈS
for mezzo-soprano and four percussionists

NEVER TO FORGET by HOWARDGOODALL
for SATB choir and small orchestra

THINKING I HEAR THEE CALL by CHERYL FRANCES-HOAD
for soprano, speaker and electronics

VIDI AQUAM by JAMESMACMILLAN
for 40 a cappella voices, split into 8 SSATB choirs