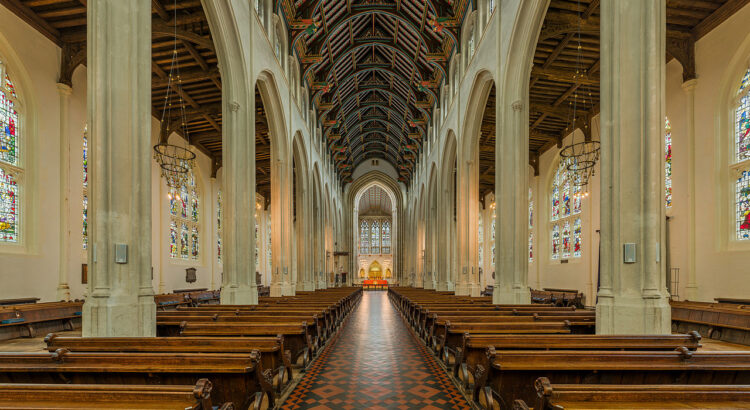 This year’s Choral Evensong for Advent broadcast live from St Johns College Cambridge stirs all sorts of thoughts and feelings that remind me of the critical role music plays during the festive season.

It also raises a question I’m still struggling to answer: how to listen to a carol service when you’re not a Christian?

I’ve been in a necessarily reflective mood these past few months. Memories of school sixth form have tumbled around, so too have the various musical events I participated in as a member of the school chapel choir. These events centered around worship – a key component of the Methodist school I attended between 1980 and 1991. The twenty-five-strong choir performed multiple functions, contributing to services in and out of school, raising awareness of the school’s commitment to high-quality participatory music-making, and I think it’s fair to say, an ongoing demonstration of its conductor’s passion for choral direction.

In recent weeks, however, I’ve also been reflecting on experiences from school in order to gain a deeper understanding of the impact of trauma. Some of these reflections reveal the extent to which religion embedded itself not only as a consequence of this musical activity but also as a result of a sexual assault I experienced at time (and written about in an earlier post).

Of the many strategies I deployed to manage the turmoil in my head, praying during the services helps me recall how desperate things had become back then. These prayers simply offered a deal to God, stating I’d be happy to shoulder the fear and loathing then associated with an HIV diagnosis if that meant I didn’t turn out to be gay.

That I remember such fervent and repeated prayers saddens me a great deal thirty or so years later. It reveals that anti-gay messaging was so virulent back then that it infected my thoughts, triggered my basest fears, and how I had without even realising it surrendered responsibility to an untested, unreliable, and unproven greater power.

Liturgical music has become a soundtrack for some of these times – an awkward mix of anticipation and trepidation, purpose and release. But running through all of this was the virtuosity of a class music teacher – John Bradbury – whose attention to detail in rehearsals transformed the school Chapel Choir into something vital.

Our work saw us take on the role of participants in events set in grand religious spaces, expressing through music human emotion at the heart of the oldest story. The annual school carol service at St Edmundsbury Cathedral was the high point of our musical calendar. For this event the chapel choir joined the ranks of the Carols Choir, membership of which was extended to anyone who was interested and committed, and able to sing in tune.

During the annual Carol Service, those of us previously overlooked because of our love of music now took centre stage processing down the nave towards the choir stalls with a long overdue sense of purpose and relevance. Here the music of Elizabeth Poston, John Rutter, Benjamin Britten, and Michael Head punctuated a service of nine lessons and carols, signaling the end of term. The Christmas holidays beckoned.

The intervening years and regular listens to the Festival of Nine Lessons and Carols from King’s College on Christmas Eve have distilled memories of the Culford School Carol Service. Now as I listen to the soaring descant of Once in Royal David’s City I get a whiff of cheap aftershave and heavy foundation. Hair neatly swept back in glossy ponytails and high heels resolutely striking the cold cathedral floor. The Carol Service was an occasion when the familiar dark preoccupations that had haunted throughout the term were very nearly banished.

A month or so before, the service for advent was held in the school church. Much smaller, with Calor gas heaters valiantly heating the damp interior, the advent carol service was a far more intimate affair with a congregation made up of parents and teachers – the advance party switching on the lights. Candles in our hands created a mystical atmosphere; wax dripped on the hymn books.

Both events were occasions that injected purpose, meaning, and anticipation, leaving in their wake a greater sense of connection with those around me.

Listening to the Service for Advent with Carols – an annual Radio 3 appointment – accesses many of these memories, though this year it exposes a tension.

Without faith, these moments feel increasingly uncomfortable. Listening to readings from the bible interspersed with new and familiar music, a compromise is demanded. How to listen authentically to something you don’t really subscribe to? What to take away from a ritual based on a story for which there is no empirical data? What is it you’re actually connecting to?

Consistently, I end up listening to the service from the perspective of three-dimensional theatre. I hear the stirring of the congregation respond to the spine-tingling reedy introduction to O Come O Come Emmanuel, the carol concludes with a resolute descant, driving all in pursuit of the goal. I imagine a bewildered group pulling together in unity as they wearily embark on their epic journey. The wavering melodic lines in the various antiphons that follow gently lead the group on its journey. Bible stories are the tales people tell one another to keep the spirits up.

Peter Maxwell-Davies One star, at last has a newness to it – urgency mixed with aspiration – that reminds me of the first time singing Gardner’s Tomorrow shall be my dancing day thirty-five years ago. The first of two commissions, Cheryl Frances-Hoad’s Lo! The desert depths are stirr’d ramps up the curiosity even further with awkward spikey calls from the chorus signalled by a pleasingly dirty sound from the accompanying harp that sounds like a string in need of replacing.

And whilst Goldschmidt’s ‘A tender shoot’ is every bit as consoling as I remember Elizabeth Poston’s Jesus Christ the Apple Tree, it is Iain Farrington’s brilliantly mischievous gospel-infused ‘Nova! Nova!’ with its finger clicks and hand claps that triggers a sardonic smile. Cue images of gruff-looking clergy bemoaning youngsters chipping away at centuries-old convention.  In this way, Farrington’s writing is the most potent element in recalling the experience of singing in St Edmundsbury Cathedral: a choir singing to the assembled congregation subverting everyone’s expectations and relishing it.