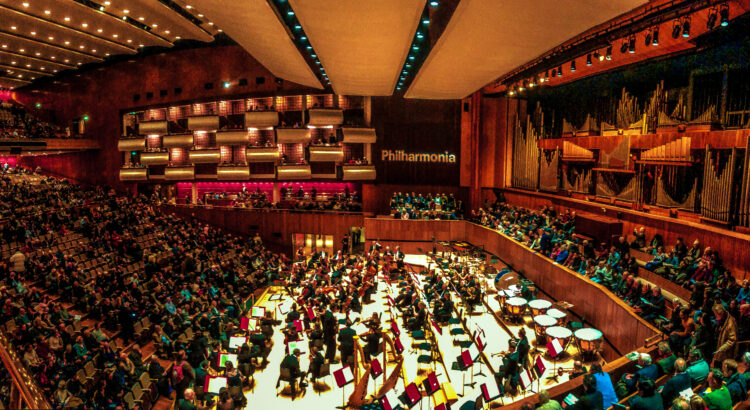 It doesn’t really matter if you don’t know Mahler’s music I don’t think. Not really. If you see it advertised just go along. Don’t bother with the programme notes. Be prepared to let yourself go. Be curious. Be open. Be aware. See what happens. See how you feel.

His sixth symphony is a good test of this strategy. It’s like the most epic film music Hans Zimmer wishes he could have written. It’s film music without the film getting in the way.

Mahler 6 is it if you’re looking for a Big Fuck Off shiny mirror that reflects back an image of yourself that is so vivid as to be almost unbearable to look at. Mahler 6 will show everything. Warts and All.

The entire work – the second movement in particular – has the same kind of effect on me as that moment when you know you’re about to pass a road traffic accident. You’re drawn to it but you’re also repelled by the thought of it too. You want to, but you know you shouldn’t. It’s epic in its scale and its demands (there were 108 players in Thursday night’s Philharmonia performance). Counter-intuitively it’s also intimate. Painfully personal.

The Philharmonia’s performance on Thursday night was a rare thing too – one of those concerts you see in the listings and think ‘that’ll be good’ AND it turns out to be good too. Listening back to the LSO’s recent recording with Gergiev I’m now wondering whether this is because of the writing rather than the playing in itself. No matter. If a band commits to playing it and selling tickets for a live performance you should feel reassured by their confidence and the inherent brilliance in Mahler’s writing. Buy the ticket. Go. Submit.

Some of the experience was undoubtedly down to my chosen seat: box one seat four overlooking the stage. But also because the band played with so much precision, painting so many vivid colours and textures. I was gripped throughout.

The second movement andante was emotional, heartwarming and consoling all at the same time. I ended up focussing on particular memory – the same I shared in a presentation to the Bath Festival Orchestra admin team a few weeks back – when me and old Britten-Pears pal Jacqueline sat in the circle at the Royal Albert Hall watching the then World Orchestra for Peace play the same work conducted by Gergiev. When the final note was plucked and the rich applause got underway, me and Jacqueline turned to one another and hugged for what felt like ages. A very special memory.

Pre-concert and interval there was heartwarming small talk with the others in the box (not something that always happens in the rest of the auditorium. One South African woman sat beside me now living in France who can’t drink wine or eat cheese (but sometimes does), and another wheelchair-bound lady in fantastic knitwear talking animatedly about the principal timpanist. Obviously, he was Very Good but I wonder whether she might have had a bit of a crush on him, truth be told.

The Sibelius Violin Concerto in the first half wasn’t the main draw for me, and yet Lisa Batiashvili’s sound I can only describe as confident and solid. This contributed to a theatrical depiction of the kind I’ve not experienced before. I must spend a bit of time searching out A Good Recording of the work in a bid to stir memories of the evening.

Proceedings were slightly marred, however. Exiting the last set of doors out onto the chilly outside I suddenly thought I’d dropped my programme. I stopped dead (and stepped aside), first looking at the floor, next realising that the programme on the floor wasn’t mine, then realising that the person behind me – a recognisable journo whose profile picture frequently pops up in my Twitter feed and in the copies of Gramophone I flick through every month – seemed a little irritated, tutting and puffing at me blocking his exit. Tsk. First thing tomorrow I’m cancelling my subscription.