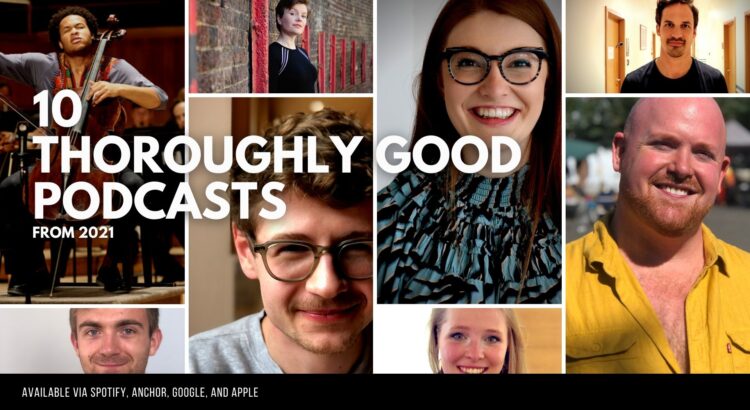 Selecting these ten podcasts (from a total of 38 podcasts published in 2022) has been an unexpected pleasure for the end of the year.

Capturing the interviews is always a pleasure of course, but the production process does necessarily require a lot of focus. That focus sometimes means that self-judgment is skewed.

The thought of listening back to episodes can then sometimes be an uncomfortable process. After a few months away from them, will they stand up to another listen?

I’ll let you be the judge. But what’s surprised me isn’t so much that they ‘stand-up’, rather that every single episode reminds me of very special experiences had during an extremely challenging year.

Thanks to everyone who has participated in the Thoroughly Good Classical Music Podcast this year. Subscribe to the podcast via Apple, Google, or Spotify.

A surprisingly highly-charged episode documenting an education project mounted by the London Mozart Players and Croydon Music and Arts during the filming of Dvorak’s Cello Concerto with soloist Sheku Kanneh-Mason at Fairfield Halls. It was the first time I’d heard Sheku play live, and I wasn’t quite prepared for the candour of the students describing the impact he has on their ongoing musical development.

Pianist Pavel Kolesnikov’s appearance at the BBC Proms was much-heralded and celebrated. Ahead of his concert performance of Bach’s Goldberg Variations at the Two Moors Festival, I spoke to Pavel about various weighty topics about identity and motivation, plus the matter of the bright orange trainers he wore on stage at the Aurora Orchestra Prom (I’d taken particular umbrage about this earlier on in the year). “I take what I wear on stage very seriously,” he explained to me. “I think it’s very important to wear something that suits the occasion.” A game so and so.

It was a treat to meet up with Jess Gillam MBE at Fairfield Halls. Gillam is as warm in real life as she in her recordings and live performances. The interview was captured on a fortuitous day – when I’d walked away from what I now recognise was a toxic work situation. So, listening back to this is a reminder of my Ground Zero. “If you were to meet an alien and they were asking you what it was what you did, how would you explain it?” I asked Jess at the top of the interview. “I would say I play a piece of metal tubing and organise sound in such a way that emotionally moves people somehow.”

A return to the Thoroughly Good Classical Music Podcast for composer Dani Howard who I met up with at the Royal Liverpool Philharmonic Orchestra premiere of her new trombone concerto written for Peter Moore. Dani was clearly very excited by the impending premiere (we met in the hotel opposite the hall before the concert). The episode is a great example of why I love making the podcast – it is an opportunity to benefit from other people’s energy. The trombone concerto was premiere in June 2021 and has since been performed by the London Symphony Orchestra and Ulster Orchestra.

Tenor Nicky Spence has cropped up in all sorts of places this year, supporting Blackheath Community Opera, appearing on Orchestra of the Swan’s brilliant Labyrinth 2021 album release. In September he was made an ambassador for Help Musicians UK. Both Spence and HMUK CEO James Ainscough reflected on the impact the pandemic has had on musicians across the UK, and the way in which the charity has responded.

Clarinettist Andreas Ottensamer and I met in an unexpectedly uncomfortable dressing room at Dubai Opera. Ottensamer was appearing in the InClassica Music Festival. Signed to DG, principal in the Berlin Philharmonic, and ridiculously cool, meeting Ottensamer was a bit of a treat (given that I’m a clarinettist), not least because it was my birthday. Ottensamer also made his UK conducting debut with the Bournemouth Symphony Orchestra earlier this year.

Pianist Clare Hammond was scheduled to play at the Aldeburgh Festival in 2021, though she will appear in the 2022 Festival. She and I met on Zoom to talk about her work bringing classical music to prisoners.

The interviews in this podcast were actually recorded on June 14th 2021 soon after care homes were opened up to visitors, and specifically in this case to visiting musicians. This episode is a case of returning to basic principles, witnessing the impact that music has on individuals in the same physical space, something that is vital for the mental health of care home residents. Thanks to the team at Live Music Now for arranging access to Priscilla Wakeford House in North London.

This interview was recorded at the Lammermuir Festival in Scotland where I got to hear stunning performances from pianist Jeremy Denk and members of the Kaleidoscope Chamber Ensemble, of which horn player Ben Goldscheider is a member. In this profile interview, Golscheider reflects on his journey to playing the horn, and the influence of horn player Dennis Brain. Ben speaks with tremendous maturity and stillness throughout the interview which listening back today I still find compelling.

A short episode to finish off this selection spotlighting Tom Poster and Elena Urioste’s joyous lockdown project now immortalised in high-quality audio. Their Jukebox started off as the two musicians releasing music videos every day during lockdown in the US. As the requests flooded in for bespoke arrangements for piano and violin, so the range of music widened. The project is a digital content strategist’s dreamy kind of case study of what works, how it works and what you need to make any future idea fly on the internet.

Thanks to everyone who has participated in the Thoroughly Good Classical Music Podcast this year.

Subscribe to the podcast via Apple, Google, or Spotify. 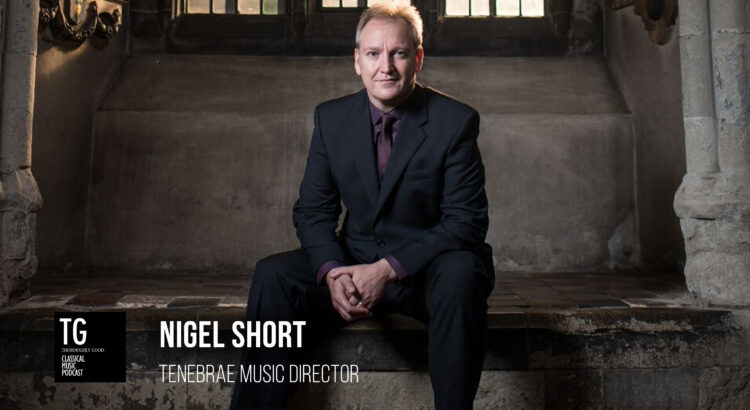 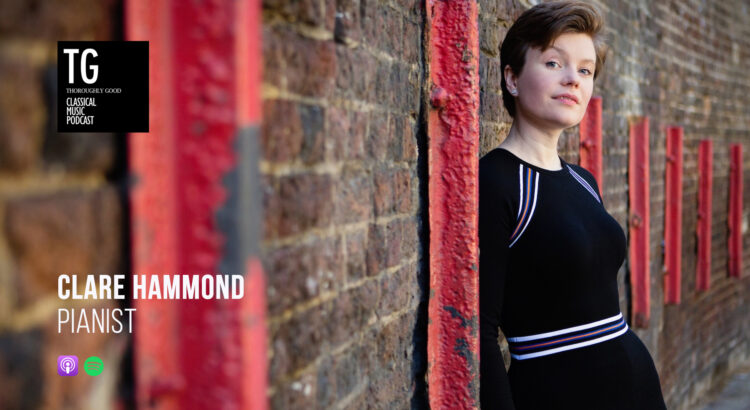 It continues the pianist’s deeply felt work advocating active listening in discovery sessions specifically tailored for prisoners. COVID guidelines permitting, Hammond hopes to return to prisons in the UK sharing the repertoire on the disc in live performance sessions.

In Podcast 112 Clare Hammond talks about how she introduces classical music repertoire to a prison community. The music used is Clare Hammond’s recording of Szymanowski’s ‘Variations on a Polish Theme’.

Conductor and harpsichordist Christophe Rousset discusses the writing of composer Lully following a performance of ‘Isis’ given at Opera Royal in the Palace of Versailles on Tuesday 10 December.

Listen to the podcast below, via Audioboom or Spotify.

Nicolas Hodges appears at the BBC Proms 2019 in a performance of Messiaen’s Des Canyon aux étoiles.

Here he discusses the different ways birdsong sounds across the world, how eight weeks when he was a teenager made contemporary music inescapable, and what happens in the moment between the final note of a piece of music and the applause beginning.

The podcast is available on Audioboom or Spotify.

Matthew Barley’s recording of John Tavener’s The Protecting Veil was released on the Signum label in June 2019. It’s available via Spotify.

In this podcast Matthew discusses how the impact of a skiing accident forced him to reevaluate his playing, led to a diagnosis of Ehlers Danloss Syndrome, and how his subsequent understanding of hypermobility demanded learning how to play the cello all over again.