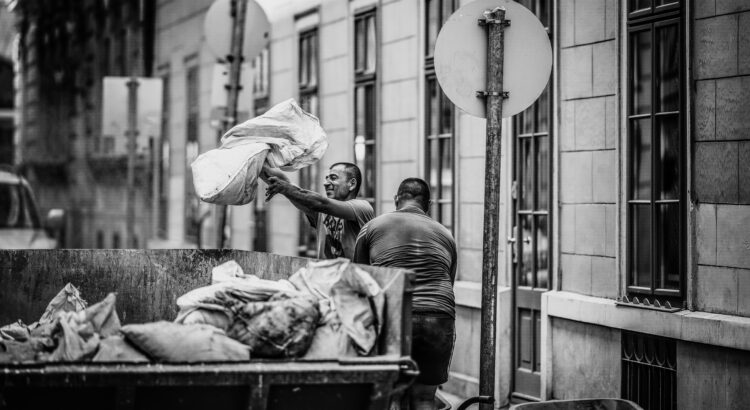 My husband doesn’t understand me.

He puts up with a lot of course. He possesses a good listening ear and, like any good coach’s husband, has mastered the art of listening without judgment. But every now and again when energy is low he’ll helpfully point out one of the major differences between us.

For him, Lockdown 3 isn’t really that much different from arrangements for Christmas, or indeed our day-to-day habits since we returned from Brighton truth be told. For him the announcement of something approximating a complete lockdown had no impact on him.

I on the other hand often overlook how things are the same day to day, and look at the potential implications of an announcement. I predict the future based on my own life script. In coaching parlance this is ‘catastrophisation’.

This is from a writing perspective quite useful, because it means I can take two things that crossed my day to day experience in a week (the touring musicians Brexit trade deal fuck-up and the disappointing news about Sir Simon Rattle’s departure from the LSO) conflate them and build them into a reasonably interesting piece of copy that serves me cathartically and might even drive a little bit of traffic in the process too.

My husband on the other hand, observes a kind of connection between these two things but refuses to move from the now to imagine a future where these events have contributed to a situation where musicians and their work have been irrevocably devalued. We often joke about this in lockdown when I point out to him that I think I’m a thoughtful, sensitive, empathetic kind of soul, and that he’s a cold-hearted bastard.

Never underestimate how much ignorance and ineptitude can bring about a fuck-up.

According to the Independent in a story published on Saturday, it turns out that post-Brexit musicians will, despite reassurances made by the Government throughout 2020, be denied exemption from touring visas and instead be required to complete a dizzying array of paperwork to be able to continue their international work – this from an ‘EU source’ who said that the U.K. was offered a standard exemption package as part of trade deal negotiations but turned it down.

Caroline Dinenage MP responded saying the story was incorrect because the story was based on an anonymous EU source (like the U.K. Government never briefs with anonymous sources). Cue: arched eyebrows. Note: it had taken nearly 24 hours for anyone to rebutt the story.

The rebuttal is rooted in how the failed arrangement came about. The question for me isn’t how this happened, but why did you let this happen?

If you’re invested in what happens to a particular part of the economy then you’ll fight for it. Or you’ll think about the implications of it and find a work-around. That’s where a sense of trust begins – when you know that someone has your back.

There is no trust. The arts doesn’t believe the Government recognises what the arts and culture brings to this country. The Indepedent’s story confirms what I learned a few months ago, that even with a Secretary of State representing the cultural economy, bringing about change depends on the people he’s speaking to being willing to listen. They’re not. Because they either don’t instinctively see its value or they haven’t looked at the relevant line in The Spreadsheet.

Why, for example, commit the money the Government has to the Culture Recovery Fund at the same time as cutting off a valuable source of revenue for the same sector? It’s not joined up. That lack of connection is either deliberate (which would suggest a strategy being followed) or its ineptitude. Often the simpler explanation is the right one.

It’s hardly a surprise. The person who banged the drum for Brexit back in 2016 hedged his bets, drafting columns for both sides of the argument. And throughout the pandemic has said one thing only to implement and endorse policies that do the complete opposite. Why would anyone trust a man to lead a team that manifests trust, when you yourself can’t be trusted? Johnson is a failed leader (assuming you thought he was any kind of leader in the first place), so little wonder the people he entrusted to do the job on his behalf can’t be trusted either.

According to The Charlatans Tim Burgess‘ impassioned response in The Independent underlines what’s at stake: in 2019 UK touring musicians and their support teams brought £2.19bn to the UK economy.

That figure will shrink dramatically when bureaucracy impacts the smaller artistic concerns who along with the big-name brands help shore up our dwindling global reputation.

I know a significant amount of people whose livelihoods are assumed to be able to withstand any change brought about by increased bureaucracy. That’s because, I think, people equate that musicians because of their elite ability, or their high-level of success will be able to absorb administration costs as inconsequential lines in a budget.

The reality for rock, pop and classical musicians is that bureaucracy will stop opportunities coming their way, and the business they run (rock bands, pop groups and orchestras for example are all businesses) will be denied lucrative trade opportunities.

People predicted this would happen. A negotiating team promised it wouldn’t. And now it’s happened. Few in power have music and musicians backs.

Rumours surrounding Simon Rattle’s departure from the LSO emerged a few weeks ago, corroborated by various sources of mine. My post on Twitter about it triggered one or two people to ask me privately what I was talking about and, when I explained to one LSO person, it was suggested that this was all very unlikely. Just rumour, nothing more.

Yesterday, the LSO’s statement confirmed the news broken the night before by the Times’ Richard Morrison. Now today, Morrison has expanded on the reasons for Rattle’s departure – a heady combination of Brexit, the pandemic, and the UK’s ‘indifference’ to classical music as manifest in the halted development of London’s newest concert hall.

The arts doesn’t need Rattle per se, but his departure is a blow, and the timing of the announcement serves to highlight the fragile state of things. Most reasonably well-informed individuals predicted that taking control of our borders would have a negative impact on the arts ability to thrive on the world stage. COVID has compounded that and provided the Government with some bargain bucket blister pack of smoke and mirrors.

Back to the catastrophisation

In some respects my husband is right. These developments do not directly affect me. To think about them in the way that I do illustrates how I still see some drama to be mine. Social media has a habit of doing that. I’m a sucker for glomming-on.

On the other hand, these stories contribute to a growing fear I have that music is in trouble in this country. A crisis is being managed by people who don’t recognise the value that the arts brings to society, and the crucial role it plays in maintaining the health of that society. They understand only those things that generate big money. They overlook anything that appears to need subsidy. Music to them is something which is available on demand, in return for a subscription like say television. The mechanics involved in bringing art to an audience is of no consequence to them. The connection isn’t made between human beings creating art and human beings benefitting from it. So, ensuring that the arts is protected wouldn’t even occur to them. It’s not a priority.

If I’m wrong about that, then why would such a castastrophic error have occured in the Brexit trade deal negotiation? And why would Rattle have gone?

Without a thriving music scene there is even less incentive for future generations to engage with music-making. An economy will die, elected representatives overseeing its systematic decline.

And that does affect me. Something I care about, that I write about. Something I celebrate and advocate. Something I work in amongst is in crisis, because the people who can bring about change consistently and habitually overlook it.

International concerts for U.K. artists has been made more difficult for a significant number of the music-making industry at a stroke. Don’t think that music venues will be the first to reopen when all the vaccines have been given. Concert going and musicals and theatre won’t be like it was before. Programmes will be less daring because they need to be ‘safer’. And that will have a knock on effect for everyone who works in the arts.

I’d be better off being a cold-hearted bastard.