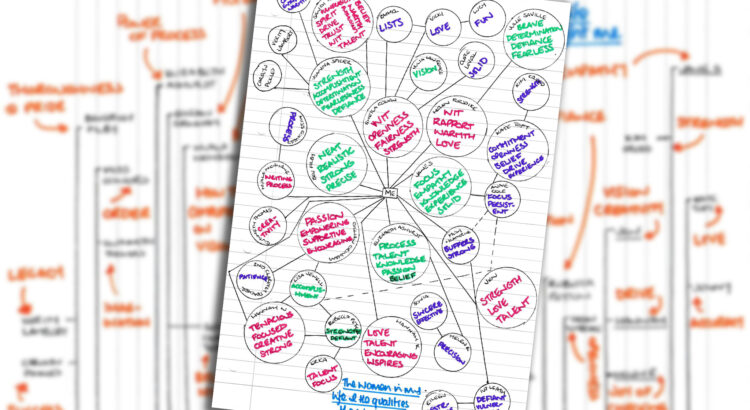 International Women’s Day is as much for men as it is for women.

This may not be a popular view in some circles. But hear me out. I wonder whether the greater responsibility lies on men to listen, think and bring about change.

This year, following an annual tradition established a few years back, I notice that International Women’s Day is triggering more than just a desire to celebrate, but to think, specifically about personal responsibility.

See from a different perspective

Six years ago I was involved in recruiting PR trainees (paid) at the BBC. The recruitment brief didn’t as you might expect, demand we looked for people at the beginning of their careers, but those who showed curiosity, an aptitude and willingness to learn, and to develop ideas.

One of the trainees selected for the year-long contract was Mina – a Muslim woman who had previously worked in BBC Children’s ten years previously, who had left to have children. After a few years Mina was keen to return to work but try something different. She was the oldest trainee. We warmed to her strength, openness and, now I come to remember her, the stillness in her communication style.

Mina and I sat down for a meeting a few months after she had started back at the BBC. She took me by surprise when she explained that she was struggling. “I walk into a meeting room sometimes here and notice how people don’t notice me, ” she explained. “They look past me.” She went on to say that she believed it was because she was a Muslim woman. “They see my hijab and make up their minds right there and then. They see a box ticked.”

It was saddening to hear, knowing as I did then what had prompted everyone on the panel to offer her the opportunity. Our intent had been sound, but the experience for her wasn’t turning out to be quite as we’d hoped.

“When I look at you,” I replied, “I don’t see a Muslim woman. I see a person who is strong, intelligent, and vital.”

Quite apart from my words being meant with good intent, it was also something I genuinely believed. True to the characteristics which had secured her the role, Mina replied gently and with unequivocal purpose. “I want you to see me as a Muslim woman. I want everyone to see me here as a Muslim woman.”

It was a powerful exchange which triggered my thinking in a positive direction. The first exchange where I first became aware of my own privilege. I thank Mina for that. Many times over. I do still sense of guilt for having made the error in the first place.

Back in 2016 I conducted an experiment. I drew up a list of all the women I knew from (or knew of) the present or the past, and put them on an A4 piece of paper. I drew circles around person according to the influence they had on me in the ‘now’. After that, I listed how each had influenced me.

Going further, I plotted the impact of these significant women on a timeline.

Just this past week, a conversation I had with a colleague touched on privilege again. It highlighted how in the subject areas of gender equality, opportunity, and (I say this as a catch-all indicative of the point I’m trying to make here) all women, I experience a sense of fear. After an extended monologue about the need to fiercly protect people’s creative spirit at all costs, I ended up saying how I was also aware that the best thing – perhaps the only thing – I could do as a privileged white male is to be aware of that privilege and ensure that the advantage I have in society that I often overlook, doesn’t inadvertently disadvantage others, and in particular women. Thinking that it doesn’t is in itself a manifestation of white male privilege. To say that you’re not aware it is happening is a defence, it’s evidence.

It seems to me then on this International Women’s Day that change can begin to happen when an awareness is brought (by men) to a situation. Curiosity combined with the willingness of others to invite looking at the world through a different prism is key. That is what all of my most valued colleagues have done over the years. They are the people I have learned from.

There is perhaps another perspective worth sharing. The majority of those I interact with, spark off, and develop ideas with are women. I feel most at ease in the company of women. That’s perhaps another reason why it takes an active decision on my part to look from a woman’s perspective. That in itself is a habit to adopt. Habits – building neural pathways – are difficult things to embed. But that’s no reason not to try.

In reflecting on International Women’s Day this year, I’m mindful of those who use gender politics as a cloak for destructive behaviours. I think it is more marked in the isolated remote-working world we are all in at the present time. Routing out faulty thinking unwitting or otherwise, collusion, and negative actions, is vital not only to interact with one another in a way that is respectful, but also respectful to the very need for change we’re all invited to think about on International Women’s Day.

And if we are to think about our personal responsibility in collectively bringing about a change in thinking in action, then that also extends to identifying those rare occasions when a rallying cry is being hijacked by an agenda manifest in negative behaviours. There is a lot of it about. And when I find myself bearing witness the energy required to unpick what the underlying opportunity is is always considerable. We all have a responsibility to bring about positive change as much as we have a responsibility to route out destructive behaviours.

So, thank you to the women who are strong, intelligent, articulate, empowering and emboldening. Thank you to those who listen without judgment, who gently challenge my thinking, and who help me. You are the people to create relationships I depend on. And you do that by creating a shared sense of trust.