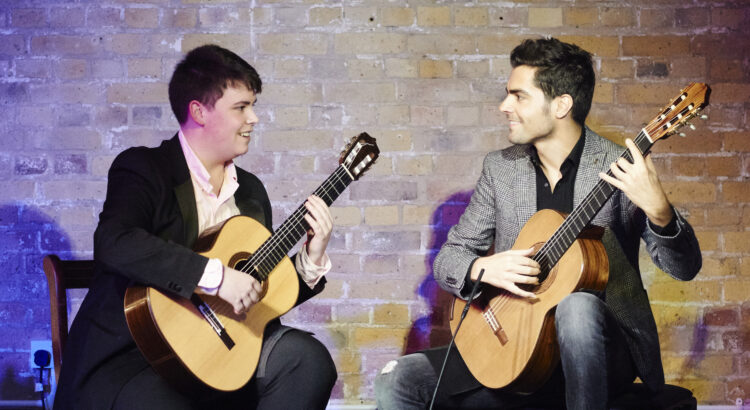 One unexpected discovery today: the list of so many familiar names who have through the financial support of the charity Awards for Young Musicians benefited during their development.

AYM supports young musical talent with financial support helping them overcome the financial and social barriers that might stop them from reaching their potential. It’s a charity that depends on donations.

What surprises me is who, throughout the charity’s relatively young 20 year life, the alumni of recipients are.

People like composer Gavin Higgins, saxophonist Jess Gillam, and clarinettist Julian Bliss. All of them, in the relatively small world of classical music, household names. There is an assumption I hold I hadn’t previously realised that those who are established now had an ‘easy’ life getting to that stage they’re at now. That they didn’t perhaps hints at what has changed in recent years in recent years, changes that perhaps have gone unnoticed and uncelebrated before now.

No surprise then (and good for them) that Awards for Young Musicians are taking advantage of Milos’ forthcoming new release on Decca to gain credit for their contribution to the U.K. music education scene, by highlighting a Zoom session the guitarist is holding for youngsters interested in the life of a classical musician.

The session will take place online on Monday 12th April 2021, and will feature young people supported by the charity Awards for Young Musicians (AYM). AYM encouraged MILOŠ early in his career and welcomed the guitar legend as Patron in 2014.

Greater people than I advocate delivering a realistic message to the next generation: it’s grim right now. But, for those who choose to drink from a glass that is consistently half full, maybe the message is that it’s changing and there will be different opportunities in the future and WE NEED YOU.

In the mad dash to make classical music more ‘appealing’ to more people, the representation of youth is a priority for record labels. But is that a good thing?

We heard from Isata Kanneh-Mason on piano (playing Clara Schumann) and from Milos on Gee-Tar with accompanying septet previewing his new release featuring arrangements of Sound of Silence and a Portishead track.

This in amongst a couple of promos featuring Decca Classics’ illustrious past.

It was a confused affair. At least I was confused. On the one hand Decca are keen to celebrate their archive. On the other hand they’re even more keen to underline their commitment to diversity, youth, and accessibility.

In doing so, I wonder whether someone at Universal Music/Decca HQ is deliberately or inadvertently overlooking a truism.

Decca’s present-day lead signings are undoubtedly talented but painfully young. As an audience member (and according to some an ‘influential commentator on the subject’) I don’t buy in to what that new talent offers. That’s not to say I don’t believe that Isata, Sheku, and Jess Gilliam will be powerful forces in the classical music world. Rather, it’s that I recognise that they are at the beginning of their careers. And yet it sometimes feels (as it did last night) as though those artists are at the pinnacle of them.

And as lovely as Milos absolutely is, and as striking as his snazzy shirt was last night, I do think releasing an album of pop songs arranged for septet and acoustic guitar basically puts him on the same level as Mantovani.

There’s nothing wrong with anyone who wants to listen to that, of course. Any rabble rousers out there who get a whiff of snobbery or elitism on my part can put down their arms.

The irony is that hearing Milos playing Portishead last night, prompted me to head back to the considerably more satisfying original.

It just got me thinking. Is this what Milos had hoped for when he studied his art? And is this what record industry executives really think people like me actually want?

Or is it worse than that?

Is it the case that record industry execs don’t actually care what I and people like me think?