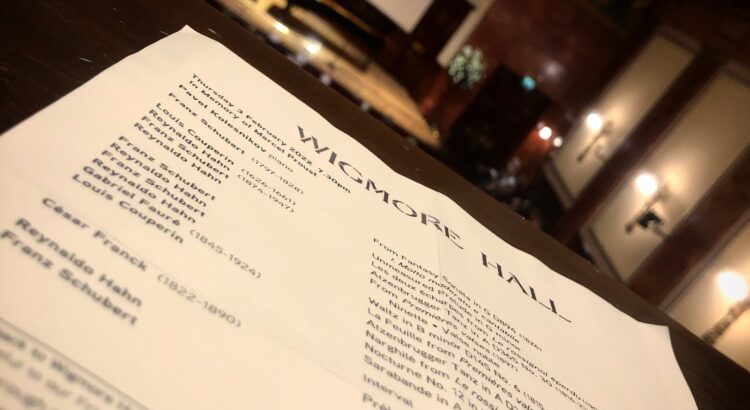 I can think of no other occasion when I’ve sat transfixed in a concert not wanting the performance to end.

To a large extent that kind of statement is meaningless. Opinion isn’t fact. Comparisons and superlatives are meaningless.

Kolesnikov told an extended story spanning a couple of hours. There was tenderness, reflection, determination, joy, and hope. I left Wigmore Hall feeling revived, almost as though he was inviting us, via the keyboard, to emerge from our bunkers and reconnect with our dysfunctional world once more.

If you weren’t present that will probably read like a load of pretentious bollocks. If you were you may agree. If you don’t, that’s OK too. 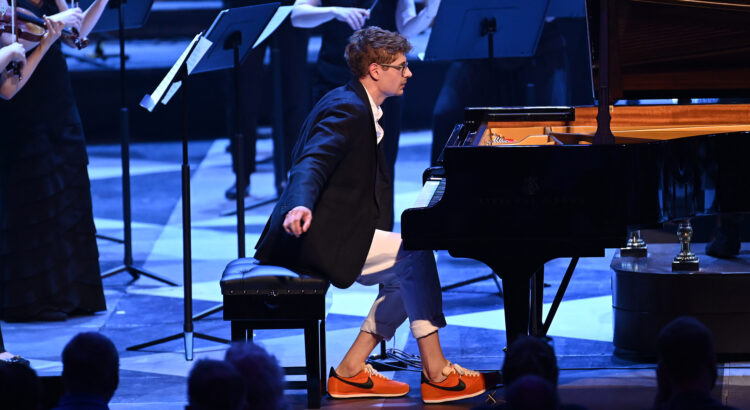 It appears that I have been rather foolish.

Not only have I fallen into the trap of being an incensed middle-aged white male barking online about a performer’s concert attire, but I’ve managed to pitch myself deftly and efficiently as a classical music fan who is part of the very problem classical music is trying to rid itself of.

And I’ve achieved this in a short series of Tweets posted shortly after I left the Albert Hall last night, before I reached South Kensington tube station (which was closed, by the way).

Last night’s Aurora Orchestra was something I was looking forward to following rave reviews of the band’s Saffron Hall ‘sister concert’.

What took me a little by surprise and subsequently drew my eye throughout the first work was Pavel Kolesnikov’s bright orange Nike trainers. Rarely has concert attire drawn my eye quite so much, triggered so much thought and reflection, and in so doing distracted me from the sole purpose of the event I was attending in the first place.

Pavel’s footwear was, I understand from incoming correspondence, a clear sign to reach out to younger audiences to make classical music appear more approachable. From my seat in the stalls it feld oddly contrived and a bit arch. It was a distraction.

Even writing that now … in.an.actual.blog.post … gives me the fear a bit. I can hear the shouts across the internet heading my way. I can see whatever reputation it is I have disappearing down a plug hole.

Maybe one of those correspondents was right when she asked whether I might consider deleting my Tweets.

But then again. Maybe she wasn’t. My comment wasn’t rude. It wasn’t offensive. I was hardly spreading misinformation about COVID or vaccines. I was just expressing an opinion in the moment. I think that’s still OK. We should all of us be able to do that.

There is for me a good reason why everyone on stage by and large wears all one colour (a uniform if you like) or a pallet of colours. It’s to reduce distraction. I’m not advocating penguin suits or dinner jackets, nor evening dresses (these always strike me as distinctly uncomfortable to wear at a point in time when performers need to be ‘freed-up’). But against a neutral backdrop of players on stage at a venue like the Royal Albert Hall say, it’s hardly surprising that the introduction of a bright pair of trainers is going to draw the eye – to the feet rather than the keyboard.

I can now see producers rubbing their hands together with glee, others rolling their eyes with derision. Those with a proven track record in passive aggression will also be looking at this and no doubt thinking, “Well we had to wait a long time but it paid off – he’s finally made an idiot of himself saying this. He really is part of the problem.”

What Aurora’s concert has highlighted to me is that I’m surprisingly and comfortably conventional and orthodox. I’m attuned to contrivance. And I’m reminded that I’m less inclined to think that appealing to a younger audience is best done through fashion choices.

I still hold that the music should speak for itself. It’s just music. Listening is all that’s required. That and a properly funded music education system that introduces music at primary school level. That would help a great deal.