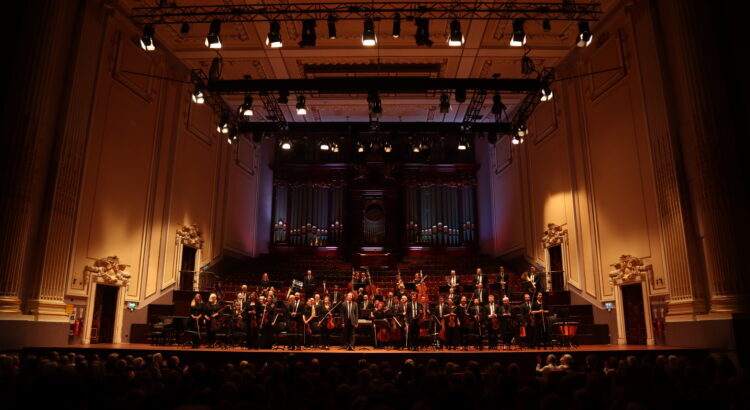 Dedicated to Nicola Benedetti and in memory of Penderecki who died in 2021, MacMillan’s one movement violin concerto was a captivating piece of storytelling built upon a decisive musical idea. The work is rooted in a conventional tonal sound, with hints of Britten and Vaughan Williams in the mix.

The concerto is also packed full of tantalising textures. Slap bass, insistent brass fanfares, cascading woodwind sequences, and shimmering strings, all give a distinctive feel to the work. Everyone was kept busy which made for a highly entertaining work.

These elements and the work’s concision made it instantly appealing, no easy feat for the composer of a new work. It is rare I finish listening to a new work and instinctively want to hear it again. But there is something in MacMillan’s score than makes it so. I really hope we don’t have to wait too long before there’s another chance to hear it live.

The second half symphony – Tchaikovsky Symphony No. 6 – was not like anything I’ve heard before. Conductor Maxim Emelyanychev created a raw lean sound-world, almost like a period instrument performance of the work that gave the symphony a grittier edge – a world away from the lush heart-on-the-sleeve string sound normally associated with performances of music by Tchaikovsky. Emelyanychev works incredibly hard too, pointing, jabbing, and bouncing in order to maximise the efforts of the chamber orchestra in front of him. I was never distracted by him in the performance. Instead his focused energy and exuberance commanded the orchestra to play to the max.

There were a couple of moments when that exuberance maybe risk unseating things. The first example in the cellos at the opening of the second movement, where some of the detail at the end of the solo line was lost in the ensemble. And second in the breakneck third movement where events were so intense, so fast moving that the sense of jeopardy was a little too much. String players threw everything into the blistering third movement that arrived at its inevitable joyous conclusion. The temptation to applaud before the concluding fourth movement was too great for some (though it didn’t lessen the vibe). I sat in the stalls with my mouth wide open throughout.

The redefining of sound and textures, so too the immense speed and intensity in the first three movements, made more sense of the final concluding Adagio movement. To date I’d heard it only as strange ‘add-on’ in more conventional performances. Here the final movement made complete sense: one long ‘goodbye hug’ after the rip-roaring triumph that had gone before.

Special mentions must go to principal bass Nikita whose demonstrative playing is a joy to watch, the pianist in the opening Adams Chairman Dances whose wrists must have been in agony at the end of his 13-minute contribution, and (just because they so absolutely deserve to be showered with praise) the muscular corn-fed playing form the string section during the Tchaikovsky.

Also, let’s take a moment to celebrate the language used in the printed programme for the concert. Front and centre was the list of orchestral players all on one page under the title “Your Orchestra”. A powerful in-situ reminder to the audience of who they’re looking at on stage. Heart-string tugging stuff. 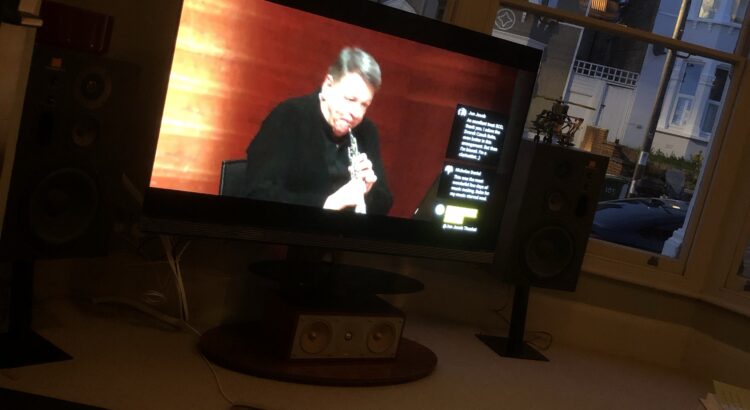 There is nothing better than the warming glow created by the rich sonorities created by a well-chosen wind ensemble. I love a good string section of course. But I’d willingly trample over the strings if I had to choose between the orchestral or wind ensemble arrangement of Dvorak’s Czech Suite.

In the SCO’s ‘as live’ performance premiered this evening on YouTube, deft and low-key multi-tasking from Daniel brought out some blissful moments, in particular in the second movement Polka where flutes and oboes created the musical equivalent of a flower’s petals springing open. The blistering finale showcased some dry and precise articulation.

There were other works on the programme which I will return to over the next few days.

Top marks to the video team behind the production (I spy the marvellous Mauro Silva from Edinburgh & Sydney Festival in the credits too – ridiculously talented man), and the marketing team too for creating appointment to view stuff out of a YouTube premiere, and for simple use of the Live Chat function to provide timely and reasonable discreet in vision messaging. In the weeks and months to come such work will make having to make travel plans to attend an actual concert a massive ball ache.