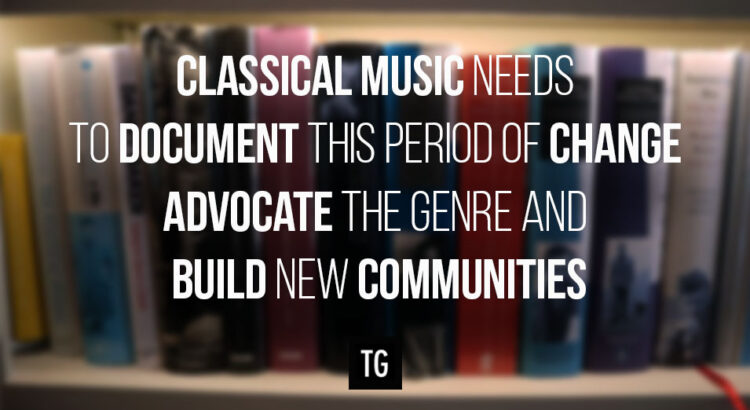 In a previous post I made a start on how I was focussing in on Thoroughly Good’s business-to-business services – bespoke digital content strategy and production services for the classical, orchestral and wider arts world.

In this post I’m digging down into some of my topline thinking.

Digital Content Strategy will tell that story of transition, shifting from one situation to another, challenging audience perceptions and assumptions, and framing classical music in a different context.

This is owned content, nestling somewhere in between PR and comms on the one side, and marketing on the other side.

But importantly it looks wider than just social media. Its more than just video or audio or images or whether you’ve got comments or likes. It’s about storytelling. What is the story you’re telling at this unprecedented moment in time? Is it compelling? Would it make someone like me look up and take notice of you?

It’s not all about social media

There is, it seems to me, an over-dependence on social media. A falsely held assumption that social media will create new fans who will in time convert into viewers and ticket buyers. If the majority of your effort is expended on social media content it is, to my mind, investing a lot of time and effort into content which struggles to gain and retain attention amongst users.

There’s another point here to underline here – that being the assumptions made about digital content. Primarily that it’s easy and it doesn’t take very much time. Oh, and whilst we’re on the subject, that it doesn’t necessitate experience in order to create it because of the other assumption that underpins this that only ‘the young’ understand how social media works.

Digital content is more than just social media. It’s website. It’s copy. It’s the video (and the audio) that sits within a webpage. It’s a playlist. It’s a community. And it’s a conversation. And more than any of all of this is one basic principle: what digital content needs is storytelling.

Which is handy, because right now the orchestral world and classical music and opera has a story to tell: it’s return to serving its audience.

That doesn’t mean only talking about live performance.

It means documenting what has changed over the past twelve months, what’s going to be different in the immediate future, and what elements are staying the same.

It’s telling the story of how a genre is adapting to position itself in the minds of its existing audience, and how its reaching out to those people who haven’t previously considered classical music or the orchestral or operatic experience as something they would be interested in.

Only yesterday I was talking to an infectiously driven individual about how experiences seemed like a good product to sell. Just the word ‘concert’ sounds a little dated. I have friends who used to go to gigs and will when restrictions ease. For some potential audience members the word that hooks them in won’t be ‘concert’. It might be an event. Or an experience. Or maybe just a night out at Battersea Arts Centre. Or Snape Maltings. Or Sage Gateshead.

This isn’t about disruption

I digress a little. This post isn’t intended to go into the thorny subject area of what classical music should look or feel like in the months ahead. There are plenty of people champing at the bit, demanding disruption and/or innovation. I’m not convinced the classical music world needs another voice on that subject.

Instead, I think there’s a need to document this moment in time. It’s a strange moment of transition. Change and conflict is where there’s story. And good story commands attention.

Enter into an open dialogue with your audience to harness ideas

For example, this is a moment in time when twelve months of challenge is coming to an end. Audiences have been denied something. In the coming months they get to revisit it. The story they tell about that experience is extremely valuable. How do you capitalise on that?

As another example, I’ve not seen much documentation over the past twelve months (maybe aside from Paul Carey Jones’ book Giving it Away) about the thinking arts managers have gone through. Why not? It is only by documenting that thinking that perhaps even some of the more conventional CEOs might even consider collaborating with their audiences and players publically, sharing thoughts and reflections in whatever form on whatever platform.

I don’t see anyone entering into an open dialogue, exploring how ideas could be developed. For a sector that is supposed to be creative, some of it even making a virtue of its love of experimentation, I don’t see anyone telling their story.

Digital content needs to start with story. We need to get away from infantilising in order to appeal to a perceived ‘younger audience’ (if I see ‘sneak peak’ again I will scream) and connect with our audience in a way that makes them feel we understand them (even if they don’t consider ourselves members of our audience).

Why say this now?

Because in all truth, there is a perfect opportunity RIGHT NOW for organisations to seize. But the challenge I think they may not realise they face is as a result of the impact of the pandemic. In addition to revenue-driving events being shutdown, a workforce has been put on hold, some not exercising their skills and experience for an extended period of time, or some organisations even losing valuable resources through redundancy brought on by the pandemic.

Owned (digital) content now falls to individuals who have taken on an additional workload with limited or no experience and precious little time. Or where in situations where an organisation has sufficient to sustain its lack of revenue-driving activity, digital content is executed tactically rather than strategically by those who don’t posess varied experiences.

A couple of organisations who have got it right

There are some organisations who have seized the opportunity.

If you’re looking for one example, look at Snape Maltings and Britten Pears Arts.

They’ve drawn up a clear content strategy that connects with its local audience being useful and human, reflecting the organisations multiple activities and told the story of its ‘opening up’ in a way that serves its local crowd.

I detect someone with picture editor experience, a love of East Suffolk and access to a wider group of creative individuals who respond well to clear creative leadership, and most importantly are trusted to try and fail in order to, ultimately, succeed.

And up in Edinburgh, the International Festival are telling the story of Edinburgh opening up, reasserting its position as an exciting aspirational destination (even if though this year’s festival is necessarily for local audiences).

And that highlights another really important element of the digital content storytelling opportunity that organisations face (and that some are overlooking). Recruitment of talent is a difficult thing. One CEO this week told me that there aren’t as many affordable digital content producers for the arts and classical music world as you might think. I can think of a few, but they’re paid the money they deserve for the value they bring to the business.

Ideally, digital content producers need to hold two perspectives in their head at the same time: how does the content I’m creating reflect my existing content, and how can it also reach out to those who aren’t already experiencing your product? If you are going to employ someone on a low salary and make them responsible for this potent storytelling, they’ll need to bring a deep understanding of the wider sector, a journalistic nose, the ability to write searingly efficient copy, be a brilliant picture editor, and be able to both assert your editorial vision and defend it. No easy ask.

The pandemic has been a moment to reflect, reassess and reframe. Now is the opportunity for classical’s rennaissance. It’s not only about what sort of events you put on, more than whether you offer it as a live or pre-recorded. Organisations that create content I care about a great deal have this splendid opportunity to tell a story that might reach out to an audience who wouldn’t otherwise consider their brand. Don’t overlook the opportunity.