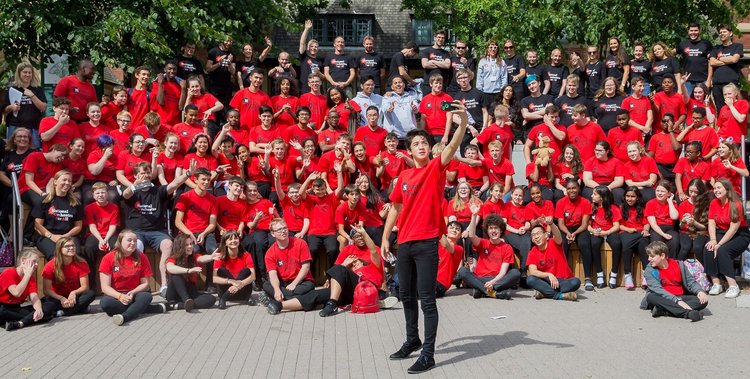 The National Orchestra for All (NOFA) has released a new promotional video outlining the work the ten-year-old charitable organisation does in creating participatory music-making experiences.

NOFA is available specifically for young people who might otherwise be excluded because of social, cultural, health or financial barriers. Participants are nominated by a third party who can vouch for the young person’s commitment to music and the barriers they face.

It seems like such an obvious gap which needs plugging that I’m surprised I’ve not paid closer attention to NOFA before now. What draws my eye now is the point made by one player in this video: that by increasing access to those in society who are most at risk of being excluded so likelihood of a lifelong connection with the music that is played is increased.

No great surprises there, I suppose. That’s what the Simon Bolivar Foundation (or El Sistema) was doing with its network of Venezualan youth orchestras since 1975.

But when you’re spending a lot of time pondering how to maximise cut-through at a transition point for classical music as I’ve been over the past few months, then it’s the basic principles that perhaps come through loud and clear. Access is key. Please forgive the pun.

What is really useful to discover via the NOFA website is the cost per member. Such transformation via a mixed-ability youth orchestra demands £1500 per player. Members don’t have to pay (obviously), but somebody has to. That is the cost of access. £1500.

On the one hand – when I look at my monthly outgoings – that’s a significant chunk of money that makes sleeping at night a little deeper. On the other hand, £1500 to introduce the joy of participatory music-making to someone who wouldn’t otherwise experience it that seems a small price to pay.