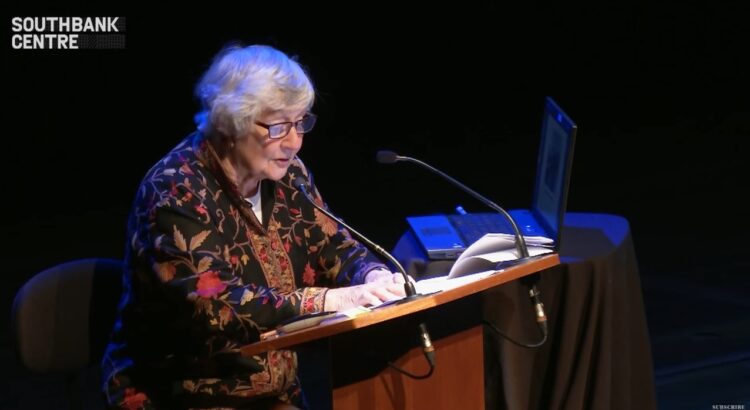 News announced today that Dame Shirley Williams has died at the age of 90, triggers a memory from the Britten Centenary year in which the former politician featured in the Southbank’s brilliant Rest is Noise 20th century music festival.

Williams connection with Benjamin Britten – Williams mother Vera Brittain was a fundraising friend of the composer – took me by surprise when I listened to the talk. It is a glorious treat to watch. Vera Brittain’s story was told in the film Testament of Youth (2014).

Williams is a compelling writer and captivating speaker, especially if like me you’re a fan of the old-school radio talk.