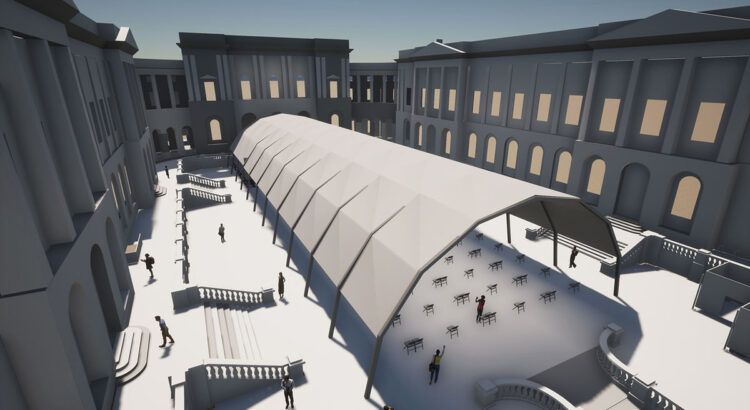 Two key announcements this morning signal the return of live performance and, following the easing of some restrictions in England yesterday, the promise that a different style of performance experience is definitely returning.

Wigmore Hall combines news of a series of 120th anniversary events scheduled for May and June 2021, with an explicit commitment of at least one concert per season over the next five years for nine associate artists. Distanced audiences will have a chance to buy tickets drawn from a ballot. Those wishing to be in the ballot need to have paid a friends membership first. Membership rates range from £5 to £50 paid in installments over 10 months. A nifty membership drive.

Also joining the rosta is the Nigerian-Romanian pianist (and Thoroughly Good Classical Music Podcastee) Rebeca Omordia. She ledas the and African Concert Series that spotlights the depth and diversity of African art music, bridging the gap between Western classical music and traditional African music.

And up in Scotland, the Edinburgh International Festival has announced dates for a return this year, with two important messages.

First, live performances will be staged in temporary canopied performance pavilions. That these are open to the elements makes the artist impressions of the structures tantalisingly futuristic and exciting. The now commonplace format adjustments are in place too – repeat performances with no interval for a distanced audience. Importantly, the website message from Edinburgh International Festival Director Fergus Linehan is potent.

“While we are looking forward to the prospect of bringing the Festival City to life once more, we appreciate that not everyone will be able to attend our performances in person this year.”

Elsewhere in a press release, his line is a little more explicit.

“We appreciate that these first steps back to live performances will be for audiences closer to home but are delighted to offer a parallel programme of digital work for those further afield.”

For Edinburgh to actively draw attention to the fact that limited audience facilities mean that necessarily the Festival is for locals rather than the usual national or international clientele is important. It’s sort of saying, ‘think of the locals this year’, something Edinburgh folk having been thinking to themselves for years given the impact the Edinburgh Fringe has.