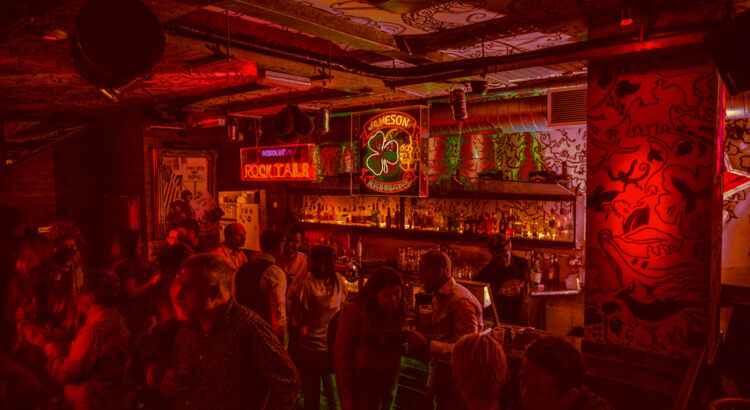 You may not have heard of through the noise. It’s a new crowdfunding platform specifically built for live classical noisenights events, trialling with a couple of events, one in July featuring Laura van der Heijden and Max Baille; the other with members of Chineke! in August.

A glimpse at the website this morning shows how through the noise creators Jack Bazalgette and Jack Crozier have deftly positioned the brand for the audience they’re looking to target.

First, it’s hosted in a club space in the heart of Hoxton famed for nights curated by people I’ve literally no idea about because I’m twenty years too old. The performers are referred by their first names. Performances are referred to as ‘sets’. And the last set has a bonus late performance thrown in too.

The call-to-action is evocative – ‘back this event’. Audience members are being invited to invest in an ocassion (even if the button to back the event also includes ‘get tickets’).

“We propose ideas for concerts, where the venue, artist dates and everything’s secured,” says Jack Bazalgette when I speak to him early last week. “Then we check it out there and see what happens. I mean, we intend for everything to actually happen. We intend for every concert we propose to happen. But should there be a less than great response, we wouldn’t just put on a bad concert with a 50% attendance. We want all our concerts to be amazing.”

The difference here for me is the importance of the audience creating the atmosphere as well as the musicians themselves. through the noise wants to shift the expectation from the performer to the audience member, empowering the audience to create the audience.

Standing at the front of the venue will demand an £8 investment, seated at the back for £10, with ‘premium’ table and chairs at the front for £22. Drinks on top of that. That makes a night out with live music in a cabaret-style space something in the region of £60-65 for two people if you want a premium seat., £32 if the pair of you are happy to stand. The Laura/Max event is at the point of launch 43% funded.

“I think people feeling like they can see how much backing a concert has got in real-time,” adds Jack. “We want them to feel like when they buy a ticket, when they back it, they’re getting more than just getting their seat to watch the thing that’s already happening. They’re sort of part of making it happen. This potentially has a positive impact on the event itself, influencing the atmosphere of those concerts by bringing together a group of people audience and performers who are invested in it.”

It’s an interesting idea. Ticket-buying but not ticket-buying. A subtle shift in thinking, a modest change in marketing in order to reach out to a different (additional) audience, reminscent of the the OAE Night Shift gigs. The apparent simplicity of the change reminds me learning about David le Page and Orchestra of the Swan’s words and music digital streams, an idea in development prior to lockdown in March 2020.

I ask Jack about where the idea for noisenights had originated.

“We’ve been talking to lots of musicians about ways that we might sort of get into helping the music industry in one way or another. We’d had lots of ideas before lockdown but nothing really solid. Then lockdown happened, and we thought that this was our time to germinate a plan. We spoke to musicians about what they’d be willing to do. And I think it’s gone through a lot of different permuations.

“I suppose it’s just over a year of conversations and talking to loads of people about what they think would work. This is the one so far, seems to make the most sense. We’re just on a mission, really to get as many people going to concerts and enjoying them, and to help make our industry a success. If it doesn’t work, then we’ll do something else.”

“What matters most to me is, is the actual concerts, the music that’s played in them how good the music is, and what the experience of listening to music is like that and getting the audience in to have that experience. That’s what I care about.”

Through the Noise is gently shifting the responsibility for an electrifying classical experience onto the audience with their noisenight crowdfunding project. A very interesting prospect brought about by the smallest of changes. One to keep an eye on.