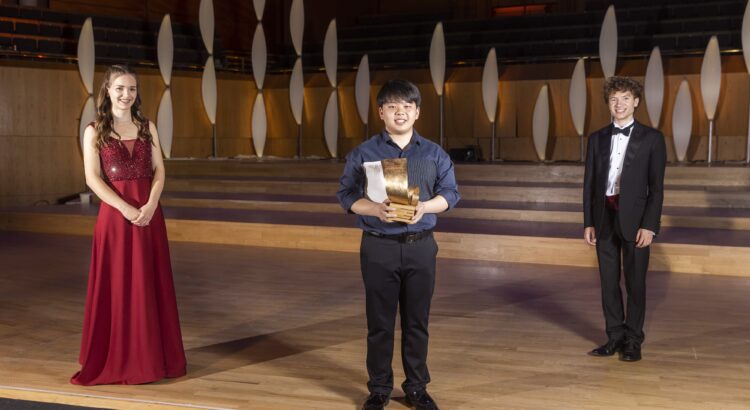 17-year-old percussionist Zhang was born in China’s Henan province and is a recent student of Chetham’s School of Music in Manchester.

The final (along with the semi-final recorded last year but broadcast on Friday) was impressive. A musically strong programme, horn player Annemarie Federle playing Ruth Gipps: Horn Concerto , Op. 58 was an entrancing introduction to a work I’d not heard before, while Ewan Millers performance of Oscar Navarro’s “Legacy” Concerto with its cinematic vibe (whilst still making for a demanding play for the soloist) made for a theatrical conclusion to proceedings.

The winner was, perhaps, easy to spot. Even in the semi-final. Zhang plays with a remarkable assurance that belies his seventeen years.

There is a sting in the tail however. The finalists tonight represent some of the UK’s music conservatoires. The same higher education establishments who will probably see their funding cut by 50% because the current Education Secretary Gavin Williamson regards humanities subjects like drama and music as low priority.

Those who compete in BBC Young Musician are at the beginning of their development. One of the finalists is first year at the Royal Academy of Music. We celebrate these marvellous musicians, but we do so with caution: the Government doesn’t acknowledge the importance of music education at any level.

Will there be another BBC Young Musician competition. Yes. Will it be tougher for the next winner: undoubtedly. We owe it to all of the participants past, present and future to change that.