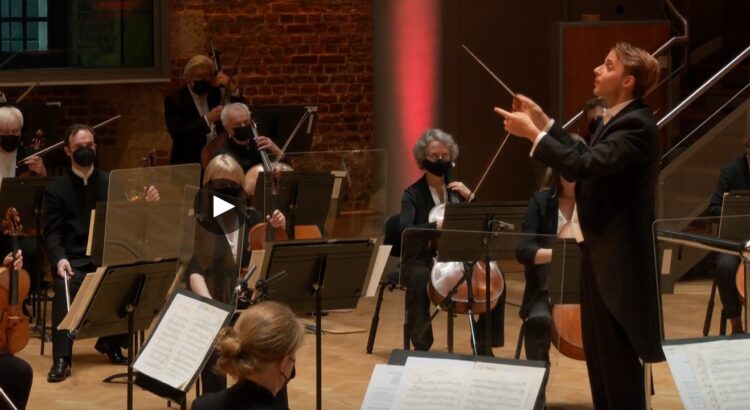 The final saw Vico compete with UK conductor Chloe Rooke, and Martijn Dendievel from Belgium for the £15,000 prize plus the role of Assistant Conductor at LSO. The three finalists were whittled down from a shortlist of 20 in rehearsals during the weekend.

Vico was far and away the most captivating of conductors on the podium during the final drawing on a lightness of step, flexible movement in his body and a physical expressivity that created dynamic performances distinct from the other competitors. There was a real sense that Vico was already doing the job before he’d won the contract, so to speak. A real joy to watch.

Each competitor conducted the LSO in a performance of Verdi’s Nabucco overture, plus sections from Johannes Brahms, Variations on a Theme by Haydn in B flat Major, and Dvořák’s Slavonic Dances, Op. 72.

A big pat on the back to LSO Production for the live stream on Medici TV. LSO St Lukes is the perfect venue for this kind of under-the-bonnet classical music content. I really appreciated how the presenters – Martin Handley and violinist Tasmin Little – didn’t compromise on detail or expertise. I felt engaged in what was an absorbing compare-and-contrast viewing experience.

The Donatella Flick Conducting Competition Final is available to watch for free on Medici TV until August 2021.