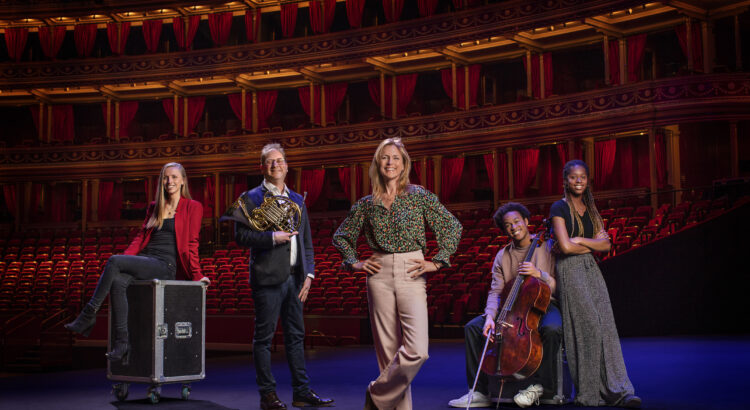 A smaller season for in-person audiences with a heavy focus on the British music scene, one international orchestra, and a celebration of the music of Stravinsky and Saint-Saens

I feel for Proms Director David Pickard. Being the BBC Proms chief is a tough job in itself. Managing the programming challenge that is the BBC Proms, planning for the impact Brexit would have on the season’s visiting bands, and then having to respond to the challenges of COVID and the ban on large gatherings, is the kind of job description you’d probably steer clear of if you saw it advertised. Still, Pickard and his team have done an OK job in massively challenging times.

52 concerts (down 23 concerts from the 2019 season) over 44 days, this year’s season is a pragmatic response to travel restrictions imposed by the pandemic, leaning heavily on the BBC’s orchestras and choirs, plus the Scottish Chamber, CBSO, Aurora, Philharmonia, LSO, and Arcangelo with Jonathan Cohen.

With performers Nicola Benedetti, Benjamin Grosvenor, Steven Isserlis, Roderick WIlliams and Sir John Eliot Gardiner, newcomers to the classical music scene will get a snapshot of some of the key performing talent that makes up the sector. It’s also great to see Manchester Collective take to the stage in the season, as well as new works from composers Charlotte Bray and Daniel Kidane.

The Kanneh-Mason’s bring their charming collaboration with former Children’s Laureate Michael Morpugo combining Camille Saint-Saens Carnival of the Animals original score with Morpugo’s new poems. The press release doesn’t mention Olivia Colman (who appears on the Decca release from earlier this year) which suggests she won’t be making an appearance. Or maybe she will and they’re holding that little surprise back.

Writing this I’m mindful of the digs the Proms team will get for the season. In the culture war that this and other large scale festivals are often prone to, expect to see people point to this year’s season as evidence of dumbing down, a lack of ambition, yet another reason as to why the BBC should be defunded. And yet, there’s evidence here of making the very best of a phenomenally difficult situation.

We’re all assuming, for example, that at midnight on 21 June the world will suddenly return to normal: audiences will be flocking to the Royal Albert Hall, that travel restrictions will have been lifted, and that come the Last NIght of the Proms DCMS will have revised their ruling on having no more than 6 people singing indoors. This year’s season is risky business. The revenue stream is unpredictable. The BBC is strapped for cash. Little wonder its a reduced season.

It may seem a little early to say this given that ticket sales don’t open until Saturday 26 June, but in my mind it’s next year’s season we need to focus on. What will that be like? WIll it be the same length? Will there more or the same number of international orchestras? This year COVID is casting shadow on the challenges to the music world brought on by Brexit. And that’s important because of the important role the Proms plays in highlighting classical music in the UK. Bringing the Proms back post-COVID is an achievement. Safeguarding it’s place in the cultural landscape of the UK is the even bigger challenge. An uneviable one.

Full listings for this years season in the BBC Proms website.