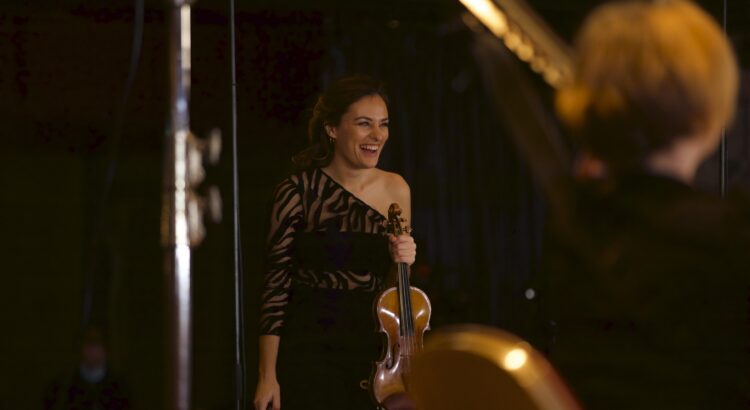 The album was released on Friday 16 July. News of Benedetti’s chart success comes at the end of a week in which she performed eight live concerts featuring excerpts from the album at Battersea Arts Centre.

The Benedetti Baroque Orchestra who accompany Benedetti on the album also perform as part of a three concert residency at the Edinburgh International Festival, charting the history of her instrument in solo performance: ‘The Story of the Violin’ (17 Aug); Vivaldi (14 Aug); and Stravinsky’s The Soldier’s Tale  (21 Aug).