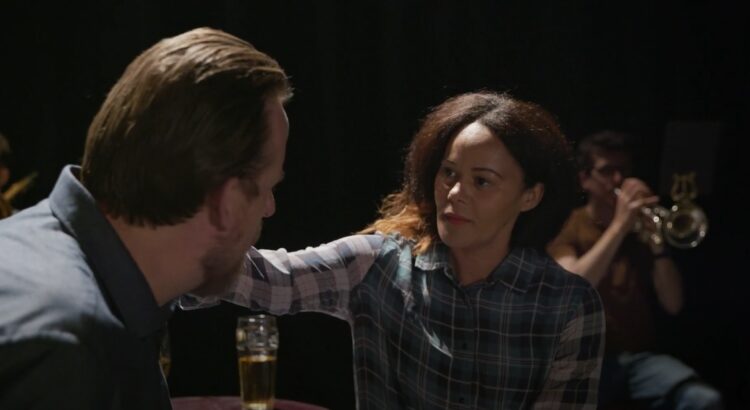 The Manchester Camerata have released another in their series of Untold videos – Keith – on World Alzheimers Day, combining commissioned poetry with a carefully curated playlist of music recorded as live by MC musicians.

It is a deeply affecting fifteen minutes of video. It has a massive impact on me watching it. Only yesterday I was met at the front door by a neighbour telling me that Mohammed who lives across the road from us had died from an aneurysm the night before. This six weeks or so after my mother sufferer a catastrophic stroke which has left her with vascular dementia. It’s been a challenging six weeks recalibrating to a different style of communication, contemplating the inevitable at the same time as saying a partial ‘goodbye’.

At the moment, watching ‘Keith’, I can’t quite determine whether that’s why I’m moved because of these personal circumstances or whether it is in itself a well-crafted moving piece of storytelling.

It’s both. Of course.

What I especially like about the film is how it fills in the blanks for those of us left behind. It gives us a hint (articulated via Julie Hesmondhalgh and Neil Bell’s touching voice over) of what it might feel like to experience a gradual loss of cognition. I see terror, fear, and joy.

I think of those who are gone as I watch it. I hear the range of music Manchester Camerata want to be known for. And then I think about what power music has. And what needs to be done on a hyperlocal, local and national level.

Underpinning this film is a powerful message: Music isn’t valued right now by those who claim to be doing something about education, culture and social care. And this film in all its gritty beauty is there to illustrate why something needs to change.

Previously a coach driver for football clubs across the northwest, a member of the grenadier guards and an avid music fan, the film tells of Keith’s personal account of how dementia affects the everyday life of him and his wife Joan, as well as the transformative ways in which music helps him.

The film comes just weeks after the Orchestra launched its brand-new Music Café at the Monastery in Gorton, extending its ground-breaking community work to support those living with dementia and at-home carers. The Camerata continues its dementia research partnership with The University of Manchester which has proven first-hand how music empowers people living with dementia.

As a piece of digital marketing content it is textbook stuff. Issue-inspired high-quality content drawing on multiple disciplines to serve everyone and everything it seeks to champion, deployed at a moment in time its most needed.

You’d think that only a handful of people were involved in its creation (hence why it has so much currency and immediacy). But in actual fact, the production credits are considerable. I’ve included them at the bottom of the post along with the video.