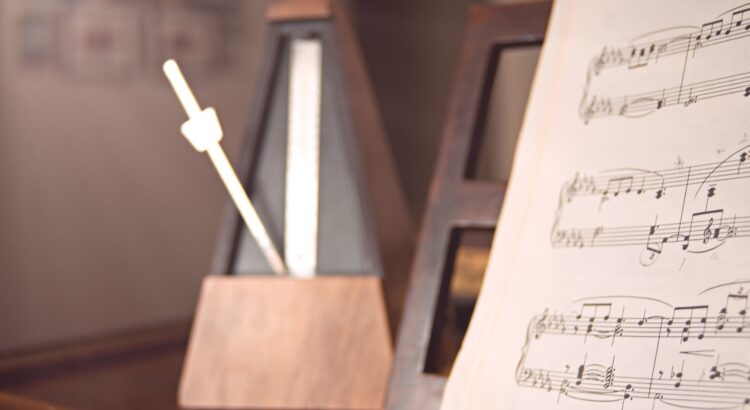 Today, I’ve sat down at the piano for the first time in maybe three years.

I’ve been meaning to take the first steps for a few days. The piano behind has become the subject of conversation in various different video calls – some with new coaching clients, others with journalists in Istanbul, one eager for me to conclude my training session on Google Analytics with a tune at the keyboard. “The answer is no.”

I won’t play on demand. I don’t do that. I can’t. I must explore that some other time. But I also won’t practise because I know it won’t sound any good. I’m too out of practice. I won’t be able to play anything. It will sound awful. So I won’t play it.

So, I start with scales. Two hands. C major. Keep it simple, I think. What I notice first off is the complicated demands of the thumb passing under the third finger in the right hand, and the fourth finger crossing over the thumb in the left hand. Two unnatural movements occur in rapid succession, fingers moving automatically. My fingers awkwardly climb up towards the top of the keyboard but my brain is struggling to catch up with the movement. I’ve no idea whether I’m doing it right or why when I discover I’ve run out of fingers and there’s some kind of snarl-up, what went wrong when.

But what links all of these brief tentative excursions is how quickly half-forgotten processes return to the fingers. Also, how quickly I’m able to discern there’s tension in my upper arms and once I’ve identified how relatively straightforward it is to relax the arms mid-scale.

There’s also the finger position. Arched not flat as if to emphasise at the moment how important it is to isolate the fingers. Memories of John Bradbury return – make the fingers move not the arm.

And not long after, another forgotten process creeps back in. Relentless repetition at varying speeds, first to ensure the right fingers are pressed down on the right keys in the right order, but also to create a fluid line. As each scale is completed the challenge begins again. Focus on the movement from one note to the next. Pay the closest attention you possibly can. Wherever there is movement strive for grace.

There is something rather beautiful and calming about this moment. There is an understanding that fluidity doesn’t only come from the movement in the fingers but also from the mind. The mind needs to visualise the goal – a fluid line – so that everything can be aligned mentally and physically in order to pursue the goal. Then comes the question – what is the greater power in achieving this state? Muscle memory or mindset?

I remember how I used to enjoy this process in the past. It is as though the lights are turned down low and all focus is on the smallest of movements, bringing awareness to the whole body in order to create the best state for the production of sound. Having the opportunity to bring that much focus to something so small is in itself a joy. I remember experiencing that joy forty years ago even if as I recall now, I wouldn’t haven’t realised what was actually going on. I am here and now in a mindful state.

There were noises off. Sneering voices. Faces laughing and pointing through sash windows. “What do you want to do that for?” and “That’s boring. You’re boring. You’re gay.” What did I know that I didn’t? Familiar words – some heard at home, some at school – I escaped from in soundproof practise rooms.

Music practise provided purpose. Goal setting. Discipline. It was a haven. I don’t recall any of my other studies bringing quite so much satisfaction.

Yet it was an activity that was evidence of somehow being less of a person – deficient in sporting ability. The crowd can’t deal with the difference. Music compensating for being awkward. If I was the same as them I wouldn’t need music.

Practise provided a physical barrier. An excuse. Practise offered a valid reason to extricate me from risky interactions. Respectable justification for an unhelpful avoidance strategy.

One term during the production of a school play I was in, rehearsals were scheduled late into the evening necessitating day pupils mixing with the boarders for an evening meal. Unexplored territory. A new frontier. Peers out of uniform, even more, self-assured than they were during the day. The prospect terrified me. This was not somewhere for the self-conscious. Instead, cheese and beetroot pickle sandwiches in a practise room before slipping into rehearsals without anyone looking. Practising scales to kill time.