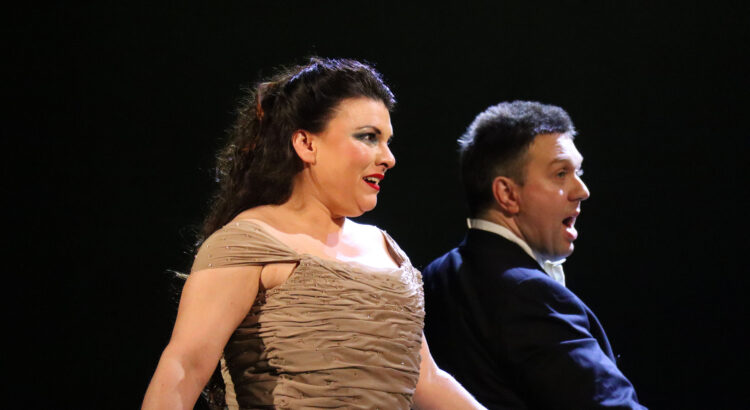 Selected cast members joined Regents Opera Artistic Director Ben Woodward and a small orchestra on the stage for excerpts from The Ring. Performances were received with enthusiastic applause.

Regents Opera is looking to raise in excess of £500,000 to stage starting in November 2022 with Das Rheingold. The cycle will conclude in December 2024 with a run of Götterdämmerung.

Audience members were treated to a selection from the cycle include scene one from Rheingold, Winterstürme featuring Justine Viani and Sieglinde, and Ronald Samm as Siegmund from act 1 of Die Walküre. Keel Watson’s performance of Wotan’s ‘Leb’ wohl’ from Die Walküre was especially touching.

Regents Opera’s vision (according to its Twitter bio) to stage ‘big opera on a small scale’ was evident in the orchestral accompaniment for the evening – the first peak at a cut-down arrangement for nine string players, reduced wind and brass. In places the technical demands of Wagner’s writing were evident – there is absolutely nowhere to hide when the forces are so stripped back.

But the scaled-back sound combined with the full power of a stunning ensemble going full pelt on the top notes made me, at least, raise a hand to my chest and gasp. The immediacy of the score combined with the proximity of the singers made this a surprisingly engaging listen and made me want to hear more.

What’s impressive is the ambition that drives the project, evident in the accompanying programme outlining the financial ask and profiling some of the artists taking part. This energy was matched by the enthusiasm amongst the guests too. Up close in Islington Assembly Hall last night there was great spirit on display.