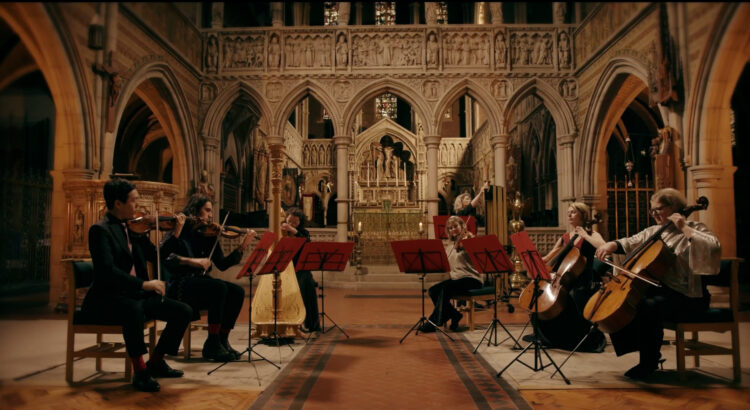 Christmas is underway. The decorations are up at Thoroughly Good HQ. I can smell the approaching holidays. I can’t wait for things to get underway. I know things are tougher this year. Bills will be higher. Things will need to be tightened. Still, for those who pay heed to Christmas, the thought of escape, rest, and reflection gets me all giddy.

The Philharmonia’s 2022 Christmas video is ramping up the emotion too.

A deft piece of marketing featuring musicians from the database coming together to perform an arrangement of Shchedryk, a Ukrainian song celebrating New Year later reworked by composer Peter J. Wilhousky in the 1920s, more commonly known as Carol of the Bells.

The carol is often contextualised as ‘the music from Home Alone’. Given events this year that connection seems facile.

In highlighting the roots of the carol and one of its players connections with it, the Philharmonia have shown solidarity with an ongoing cause. It’s a touching performance, saving the most vulnerable moment right until the end.

An artistic brands relevance isn’t only measured by the number of tickets sold for live concerts. It’s also about how it can illustrate its understanding of the world around it in the content it makes.