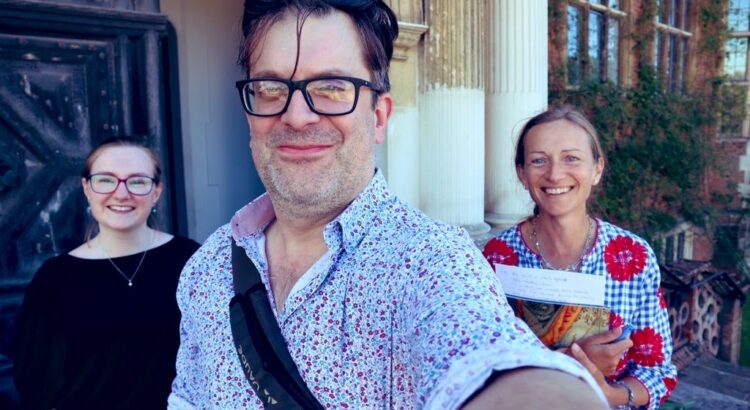 Last week a PR friend of mine posted a picture on Facebook of her and her team reconvening in the same office for the first time since March 2020.

Lots of wide smiles brought energy to the picture. There was also warmth from the accompanying copy explaining how their regular Zoom calls were no substitute for being in the same physical space as one another.

The picture reminded me of something that I’ve thought a lot of the past few months – how contact from PRs has helped me.

The business of PR demands having contacts and keeping in contact with them. That often means sharing news, announcements, or ‘gifting’ something or other in return for access across your (my) network.

People wrongly assume that we don’t really need PRs what with social media and musicians and artists being told they should and can do their own digital PR.

After fourteen months of this pandemic, I disagree.

I think what PRs do is bring focus to particular endeavours, helping people like me deal with the noise and ultimately speak to some really interesting people. By sharing potential stories, offering access, and setting up interviews they also create an accountability loop too (vital for people like me). PRs are invaluable. The great thing is that I don’t have to pay for them.

And more importantly than any of this they have provided interaction, and maintained a much-needed sense of community when physical spaces have been closed off. They’re all professionals independent of Thoroughly Good, and yet they always feel as though they could quite easily be situated on the third or fourth floor of UK Classical Music HQ if such a building exists (I think it should).

So for no reason other than because no one else is saying it, thanks to Rebecca Driver Media (Maddie, Rebecca, Ruth, Joanna, and Joanna), Premiere (Simon, Rebecca, Tessa, and Jen), the utterly fantastically collaborative Jo Carpenter, Margaret, Nicky Thomas and Michaela Higham, Camilla and Victoria at the BBC, Fran Wilson, Tim Woodall (formerly Philharmonia), Elle and Anna at OAE, Libby Percival, Anna at the Southbank, and Anna, George, Naomi, and Olivia at Wildkat.

All of you in your work have made me feel included this past year and that has done wonders for maintaining my well-being. It’s also galvanised me to focus on mine a little more, and given it greater purpose.