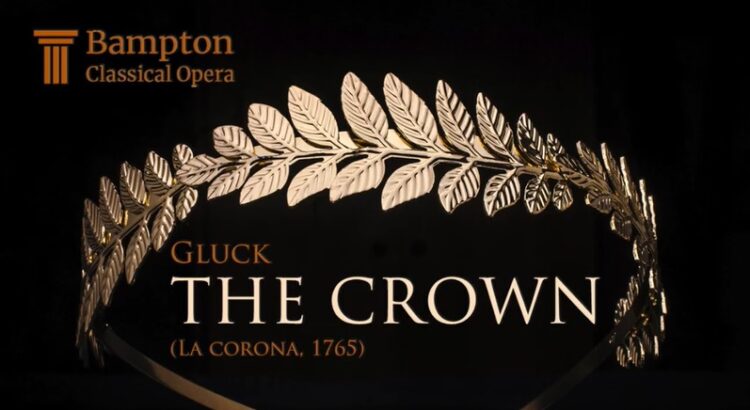 Bampton Classical Opera will stage a performance of Gluck’s The Crown at St John’s Smith Square on 18 May 2021, the first event held at the venue with a live distanced audience since the start of the third lockdown in England.

Gluck’s The Crown was originally written for the name day of Holy Roman Emperor Francis I and planned to be premiered on 4 October 1765. The surprise premiere never happened. The Emperor died unexpectedly on 18 August 1765. As a result Gluck’s work didn’t see the light of day until the late twentieth century. The last UK performance of Gluck’s The Crown was in 1987.

Now 34 years later, the opera makes another appearance, framed by Music Director Robert Howarth as ‘an allegory of hope’. The production was originally scheduled for November 2020, but postponed due to lockdown restrictions.