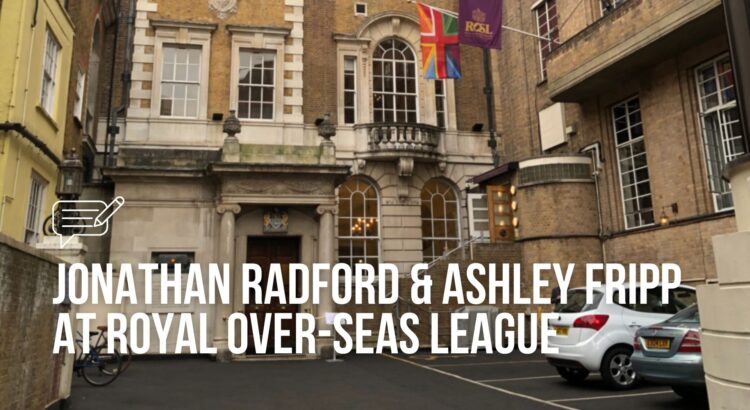 Jonathan Radford is an understated performer whose trademark is conjuring up a wide range of colours that effortlessly tickle the senses. Listening to him play live I’m most drawn to the warm sonorous tone in the lower and middle registers combined with the creamiest of legatos that really make the lyrical phrases stand out. When the dynamics demand there’s also a diamond cutting edge to the tone which combined with the unfussy but precise articulation in the upper register gives off a perilous kind of jeopardy.

That Radford is able to draw on such a range of colours is a testament to the solid technique that underpins his musicianship, something demonstrated this evening when after a virtuosic concert opener he introduced the concert programme without so much as a catching a breath. Some diaphragm technique there.

I feel for young musicians right now, especially those whose fledgling careers were put on hold by COVID.

Jonathan Radford used the time (and the remainder of 2018 ROSL Gold Medal prize money) well with this album however, celebrating the celebrated saxophonist Rudy Wiedoeft, the instrumentalist who raised the profile of the saxophone in the 1920s. Quite apart from it being an entertaining listen from beginning to end, the album also positions Radford as part performer-part musicologist. That amplifies the serious and thorough approach to his music-making which makes me look forward to what he’ll release next.

ROSL Alumni pianist Ashley Fripp was industrious at the keyboard throughout demonstrating the extent to which this is an instinctive musical partnership. Both appear in recitals in Norfolk and Devon in the coming months with Jonathan playing at two Wigmore Hall concerts in the coming weeks.

The Royal Over-Seas League Young Artists Series continues on Tuesday 26 April 2022 with a performance given by Mikeleiz-Zucchi Duo. Tickets available via Eventbrite.