Mid-Proms season I’m reminded of a bittersweet feeling that often crops up for me. The season has been running for sufficient weeks to have become the embodiment of a trusted pal, but one who in just a few short weeks we’ll be having to say goodbye to.

This ‘friendship’ is manifest long before I get to the Hall for the Vienna Radio Symphony Orchestra debut Prom. The journey to the Royal Albert Hall – a kind of pilgrimage in itself – is the beginning of the concert experience. Heading up Exhibition Road, crossing Prince Consort Road before climbing up Kensington Gore anticipating the building revealing itself as I turn a corner.

Vaguely recognisable faces whose names I forget are passed en-route to the South Porch. The ticket scanned then inside to find my seat. Sat down looking around the cavernous interior – a sight nearly everyone wants to stop and capture on their phones as soon as they see it – it feels like this is home.

I experience both calmness and excitement whenever I step inside. All of us are collectively embarking on the experience to follow. It is a profound feeling. Or at least its something to savour. Senses are awakened. This is the point in the season when listening is at its best for me.

To the right, the stage. Players assembled waiting for conductor Marin Alsop,the stage cocooned by one long encompassing armfull of audience. Warm enthusiastic applause greets conductor Marin Alsop’s return to the BBC Proms stage, uplifting to hear in itself. House lights dimmed, and attention focuses on the theatrical space the orchestra occupies. This adds to the drama poring from Béla Bartók’s score for The Miraculous Mandarin suite.

There is so much detail heard from my seat in the stalls – industrious grating strings underpinned by a driving snare drum, rumbling bass from double basses and organ that makes the floor shake. Later, there’s an intricate solo scored for trombone that sounds like an impossible ask deftly executed. And towards the end of the work a sequence for brass and horns with cacophonous chords paint a grim evocative picture. I’ve known of The Miraculous Mandarin for years but never actually heard it live. I conclude that I (still) bloody love Bartok – Shostakovich on Red Bull – ever since I heard his Concerto for Orchestra in Budapest a few years back. There’s a gritty uncompromising flavour to his musical language that keeps me coming back for more.

Marin Alsop has an electricity about her with the Vienna Radio that I wasn’t quite aware of when she worked with the BBC Symphony. Seeing her obvious joy returning to the Royal Albert Hall stage and hearing the appreciation of the crowd before the concert began was a gratifying part of the experience too. Sincerity in a big crowd does a lot of heavy lifting.

That sincerity paid off, spurring on the musicians playing on stage and the audience’s attention. The string section in particular draws my attention throughout. The leader (or rather known Concertmaster outside the UK) Maighréad McCrann is a captivating presence – spirited, assertive, and strong – leading a hardworking section throughout the entire programme, generating a stunning range of textures and colours in the Bartok, the UK premiere of Hannah Eisendle’s Heliosis, and the concluding Dvorak Symphony No. 7. There are no stragglers in the section – no division between front desk and back desk effort like you might see in some UK orchestras – everyone is pulling together. A good example of this consummate skill can be heard in the frothing string introduction when the piano first plays. There is electricity in their sound. Tautness, versatility, and considerable clout too.

I’m attending tonight’s Prom principally to see pianist Benjamin Grosvenor play Prokofiev’s Piano Concerto No.3, a characteristically demanding work which matches the virtuosity of his previous two concertos, but in No. 3 combines strength, power and weight, with material that is, in contrast, tender and romantic. I’m sure I heard a bit of jazz in there as well.

It is an unrelentingly entertaining work, packed full of notes. Percussive. Driving. All-consuming.

It is the demanding nature of the solo piano part in particular which makes Benjamin Grosvenor’s performance a must-listen for me.

Very early on in Grosvenor’s performance career – possibly one of his first Proms appearances after winning BBC Young Musician in 2004 – I remember being sat in the Gallery at the Royal Albert Hall and hearing him play Lizst (?) and being struck by how ‘smooth’ his technique was at the keyboard.

Fast passages which would surely make me tense up if I thought I’d have to play them were played with such polish that it was as though I was listening to water. Fluid was the word that appeared in that moment. The memory is stark but self-doubt had often led me to think that I must have either been drunk or merely trying hard and succeeding in being a pretentious commentator.

Every single performance I’ve heard Grosvenor give since has reinforced that initial impression. His gleaming dexterity belies a meticulous approach to detail. This sequence in the opening movement illustrates the point perfectly.

That I hear and respond to the same ever-reliable technique – Grosvenor’s calling card if you like – is every bit as powerful a contributor to memories created at the Proms. I regard the experience of being able to pinpoint instinctively what it was I enjoy at his playing all those years ago as the starting point of a different kind of music appreciation for me, something that has paid dividends ever since. For that quality or characteristic to still be perceptible fifteen years later makes this genre increasingly more compelling.

Hannah Eisendle’s Heliosis demands a special mention here, achieving something very rare in new music for the classical music genre. Composers today are faced with a need to develop something which is distinctive but also listenable to, combining art with (perhaps) a commercial ear meaning the resulting new work will fit an editorial brief and please the audience on a first listen. Eisendle achieves this in Heliosis – a kind of one-movement film soundtrack without the need for pesky visuals getting in the way. A hugely entertaining work. 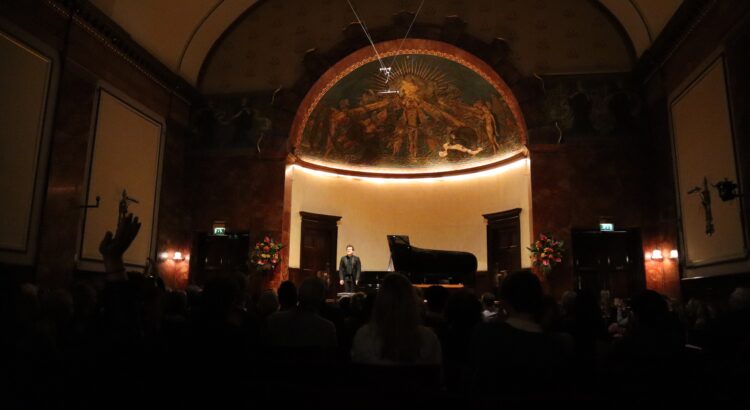 It seems incredible to me that pianist Benjamin Grosvenor is only thirty this year, and that’s its 18 year since his BBC Young Musician appearance.

This year has seen him artist in residence at Wigmore Hall building on a growing collection of recordings for Decca. He’s packed a lot in to a short space of time and it seems handled the pressure well.

There is maturity that has developed in his sound that builds on his early established calling card (see later in the post for an explanation). He does theatre at the keyboard without breaking a sweat. A remarkable sight.

In recital Grosvenor is an assertive player, drawing on remarkable reserves of power at a moments notice, helping him create epic dramatic contrasts whenever the score dictates. He conjures up a symphonic sound at the keyboard, contrasting vast sound worlds with tender moments that linger and occasions haunt. This ability to shift gear at a moments is one of the things that makes Grosvenor’s playing so very exciting, evident in Schumann’s Kreisleriana.

Albeniz’s Iberia has a more compelling musical story, making the first work of the second half perhaps the more satisfying listen.

Benjamin Grosvenor also has a trademark. I picked it out the first time I heard (sat in the gallery at the BBC Proms maybe fifteen years back) and it was on full display reliable and consistent as ever in Ravel’s Jeux l’eau and La Valse. In both pieces it is the fluidity in his scales snd arpeggios that really take my breath away. They’re smooth, dynamic, and supple. Musical acrobatics.

All this whilst maintaining a mild-mannered physicality at the keyboard. Perhaps the oddest thing is the way when he playing at his most expansive, his music makes me smile with pride as though I’ve somehow created myself.

A top night at Wigmore Hall. 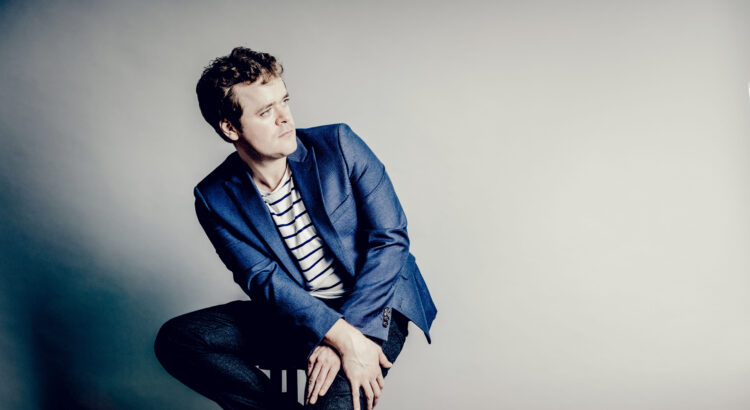 This is a little niche and perhaps bordering on the hyper-local for regular readers of the Thoroughly Good Blog, but it wouldn’t be Thoroughly Good if I didn’t highlight something happening on my own patch here in South East London, a tantalising 10-minute bike ride away from me here in Hither Green: the second Beckenham and Bromley Festival is scheduled for 17th – 19th September 2021.

Artistic Directors and Bromley residents Benjamin Grosvenor and Hyeyoon Park (this brings my tally of classical music talent on my doorstep to a mind-boggling ten people) founded the festival with festival director Raja Halder, putting on four concerts and raising £4200 for a local hospice too.

This year violist Timothy Ridout and cellist Bartholomew LaFollette return, plus there’s a festival debut from BBC Young Musician winner Laura van der Heijden. Concert programmes will include Rachmaninoff’s Trio Élégiaque No.2, Schubert’s Trio No.2 in E-flat and Britten’s Lachrymae, one of the 20th century’s greatest works for viola and piano, and the festival finale including Brahms’ titanic Piano Quintet.

The festival will also feature Joseph Tawadros in a programme of his own original music. Born in Cairo and raised in Sydney, Tawadros is a multi-award winning composer, improviser and champion of his extraordinary instrument, the Oud. His music draws on Arabic traditions combining it with western classical, jazz, world, folk, metal and bluegrass.

To book tickets and get directions to St Peter and St Paul’s Church, Bromley, visit the Beckenham and Bromley International Festival website.